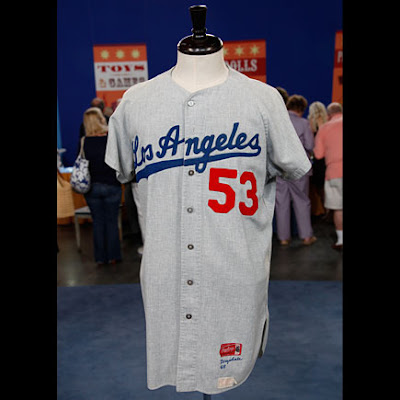 Do you have any old family heirlooms in your garage or some strange yard sale find that you want to get appraised? Well just take it to the Antiques Roadshow. Monday, I was scanning through the guide on tv, stopped at KCETHD, when my eye caught the words 'An LA Dodger's jersey worn by pitcher Don Drysdale in 1966'. I watch Antiques Roadshow once in a while, and I love to see people's reactions to the value of their items. Sometimes we see some real cool things on the show. 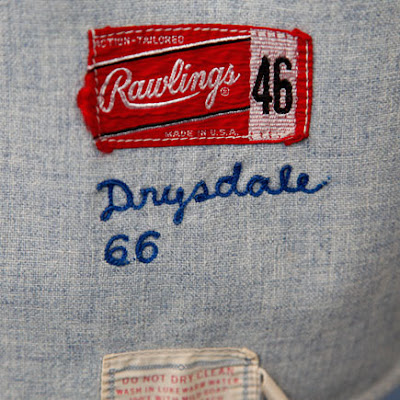 Monday was one of those episodes. This guy brought in a Los Angeles Dodgers jersey he was issued in 1969 when he played in the winter league. The appraiser said this is something that a lot of the Major League teams did-- they would get the jerseys back from the players after the season and then they would issue them down to the minor leagues. This guy just happened to get Don Drysdale's old jersey. Lucky bastard. It even has "Don Drysdale 66" stitched under the Rawlings tag. The appraiser said the Jersey was worth $20,000-$30,000!