Bobblehead Of The Day: Nomar Garciaparra

On Thursday, April 26, 2007 the Dodgers gave away Nomar Garciaparra bobbleheads to the first 50,000 fans in attendance. Presented by Bank of America, the bobblehead was made by P Squared Promotions. This was the first of three bobbleheads given away that season. The other two were Rafael Furcal(July 6) and Russell Martin(August 2). The Martin bobblehead was voted on by the fans.

The Dodgers played the San Francisco Giants that night and lost 5-4. Russ Ortiz started for the Giants, Brad Penny for the Dodgers. Kevin Correia got the win in relief, Joe Beimel took the loss. Wow, how things have changed. 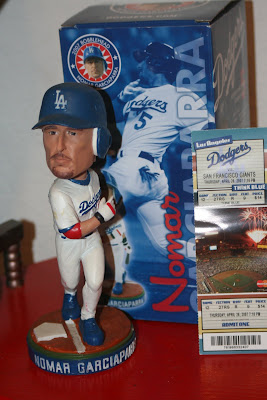 Here are some views of the box: 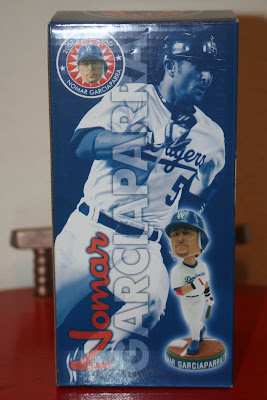 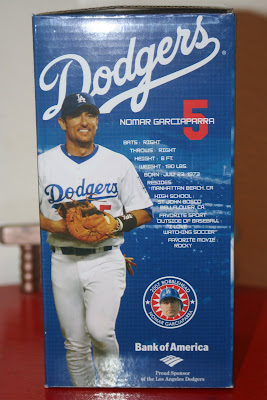 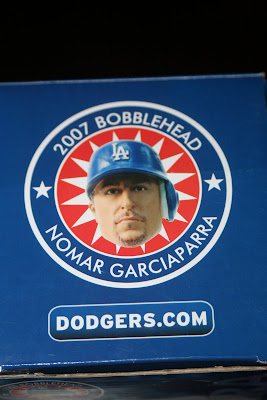 I meant to post this bobblehead on Cinco de Mayo. Nomar was honored by the Boston Red Sox that night.
Share |
Posted by Dodgerbobble at 6:58 PM