Mr. Walkoff Does It Again 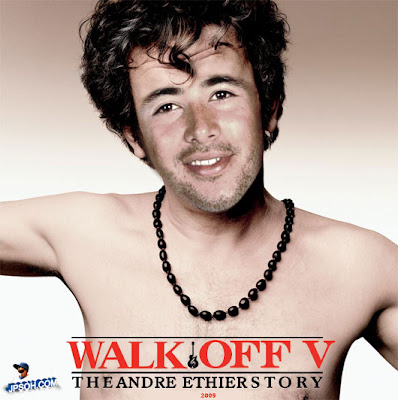 Andre Ethier has done it again. Another walk-off hit. That's 11 in his career now. The Dodgers loaded the bases for Andre in the bottom of the ninth inning against Milwaukee reliever LaTroy Hawkins. Dre blasted that ball over the centerfield wall for a walk-off Grand Slam. Andre is now batting .371 on the season with 10 homeruns.

Starting pitcher John Ely was great tonight as well, giving up one earned run and four hits in 6 2/3 innings.

Jonathan Broxton showed signs of rust, blowing the save in the ninth inning, and all hope of Ely earning his first career win. Joe Torre needs to get Brox into more games regardless of the situation.

Despite what happened in the top of the ninth inning, getting the win was nice. Watching Ethier hit a Grand Slam to end the game made the win that much sweeter.
Share |
Posted by Dodgerbobble at 11:14 PM