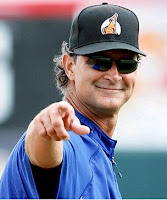 Arizon Fall League wraps up. The Desert Dogs, led by new Dodgers' manager Don Mattingly, went 11-17 and finished in last place in the three-team East Division. Mattingly is the only active major league manager ever to manage in the Arizona Fall League. It's not exactly the majors, but hopefully the AFL experience helped Mattingly for the upcoming Dodgers season.

Seven Dodgers Prospects to watch. Speaking of the Arizon Fall League, ESPNLosAngeles.com's Tony Jackson gives us a list of seven Dodgers prospects who made a good impression in AFL.

Dodgers add two players to 40 man roster. The Dodgers have purchased the contracts of catcher Hector Gimenez and right-handed pitcher Luis Vasquez, adding them to the 40-man roster. A switch-hitter from Venezuela, Gimenez was an Eastern League All-Star in 2010 with the Altoon Curve in the Pirates organization. He batted .305 with a .384 on-base percentage and a .533 slugging percentage for an impressive .916 OPS in 94 games. Vasquez, 24, is a 6-foot-4 righty from the Dominican Republic. He was 3-2 with a 2.68 ERA in 37 appearances for Class A Great Lakes in the Midwest League in 2010. Vasquez held opponents to a .173 batting average while striking out 39 and walking 26 in 40 1/3 innings. 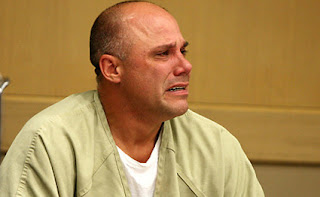 Jim Leyritz acquitted of DUI manslaughter. A jury in Florida on Saturday acquitted former Dodger Jim Leyritz of DUI manslaughter in a 2007 crash that killed a mother of two. However, Leyritz was convicted on a misdemeanor charge of driving under the influence, which carries a maximum sentence of six months in jail. Leyritz had faced up to 15 years in prison if convicted on the manslaughter charge.Sentencing was set for Nov. 29.
Share |
Posted by Dodgerbobble at 8:17 AM