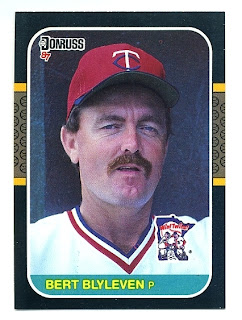 Congratulations to Bert Blyleven and Roberto Alomar on becoming Hall of Famers. Voted on by the Baseball Writers' Association of America, a player needs to be on 75% of the ballots to get in to the Hall. Alomar was picked on 90 percent of the ballots, Blyleven, 79.7 percent.

This was Blyleven's 14th time on the ballot. The curveballer won 287 games, threw 60 shutouts and is fifth all-time with 3,701 strikeouts. Born in the Netherlands but raised in Southern California, Blyleven would spend many evenings listening to Vin Scully’s radio description of what may have been the greatest curveball ever in the game. That would be Sandy Koufax's curve.
Blyleven:


“Vin Scully and Jerry Doggett would be describing Koufax’s curve that he threw off that high mound. I visualized the dropping motion." 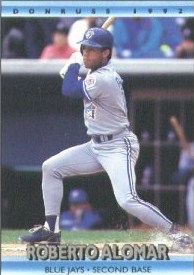