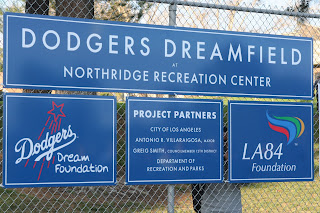 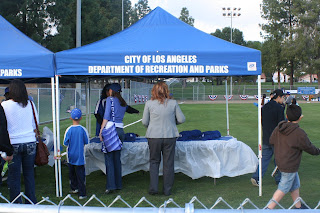 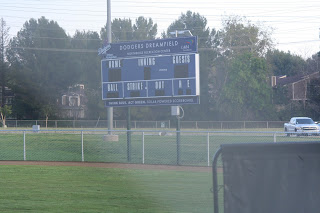 The entire event was a lot of fun. It was nice to see all the little leaguers in attendance.

When the players first arrived, they headed straight to the field, and the fans were told not to ask for autographs until the event was over. People ignored this and started taking pictures with the players and asking for autographs. That was put to a stop quickly once the dedication ceremony began. 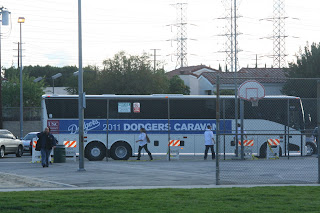 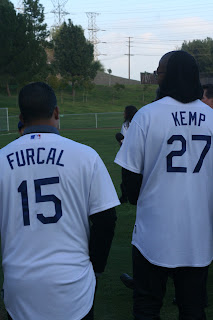 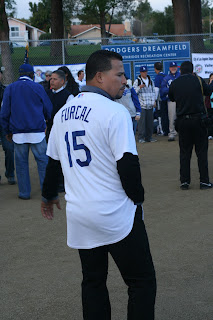 Charley Steiner started the ceremony. He introduced all the players and speakers. We heard from Greig Smith, Anita L. DeFrantz, then Frank McCourt. Frank gave a nice speech, then he got all the kids together to start a baseball clinic. 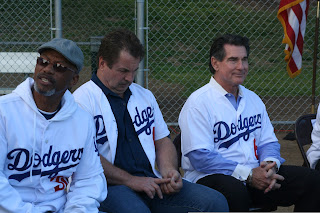 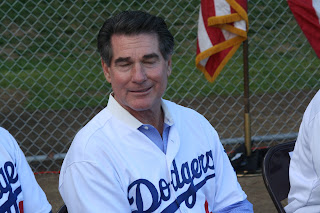 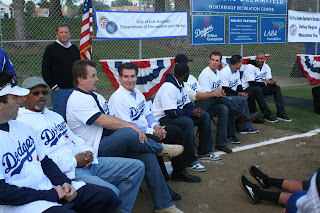 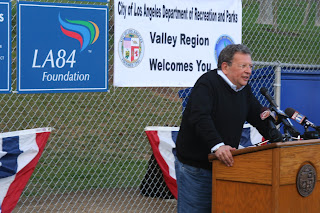 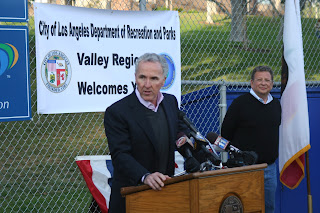 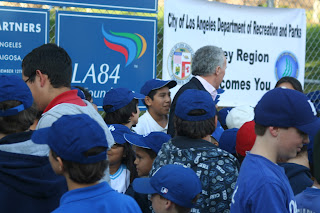 The clinic was separated into stations, and the kids would rotate every five minutes. It was a pleasure to watch.

When the clinic ended, a group picture was taken with all the kids and Dodger personnel. Afterwards, the players took pictures with the fans and signed some autographs. I was there with my Don Newcombe bobblehead hoping to get his autograph. That didn't happen. I had a terrible experience trying to get him to sign. I would love to tell this story, but I don't want to bad-mouth anyone. Maybe one day I'll actually get him to sign the bobble. Anyways, with all the time I wasted trying to get Newk's autograph, I missed out on some other opportunities. I did get to meet Steve Garvey, Fernando Valenzuela, Todd Zeile and Gabe Kapler though.