Bobblehead of the Day: Dioner Navarro 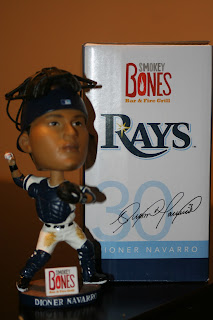 Back in December, the Dodgers signed catcher Dioner Navarro to a one-year, $1 million contract.  After cutting ties with Russell Martin, the Dodgers signed Navarro to share time with Rod Barajas behind the plate. Navarro batted .194 in 2010 for the Tampa Bay Rays. Hopefully he has a better 2011. This is Navarro's second stint with the Dodgers.

Now, I doubt we'll ever see a Dioner Navarro Dodger bobblehead, but back on June 14, 2009, the Tampa Bay Rays gave away his bobblehead to the first 10,000 kids 14 and under in attendance. Presented by Smokey Bones Bar & Fire Grill, this bobble was made by Alexander Global Promotions. The Rays played the Washington Nationals that day and won 5-4. Navarro went 0 for 3 on his bobblehead day.

Let's take a look at Dioner: 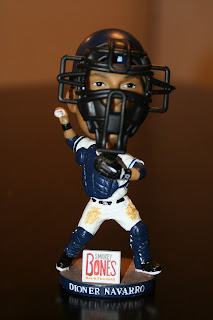 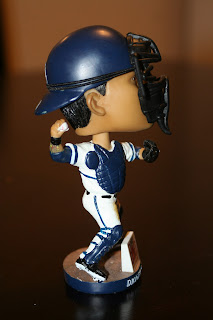 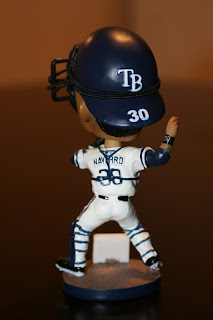 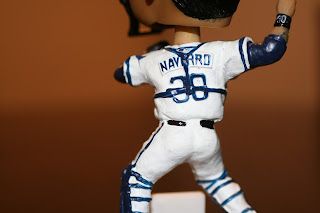 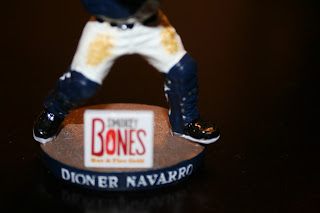 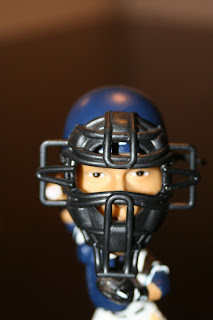 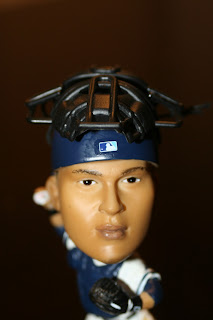 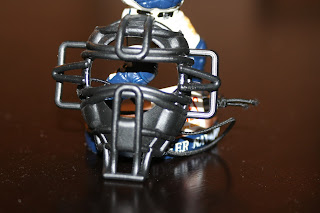 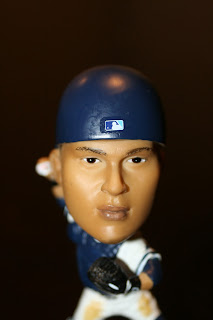 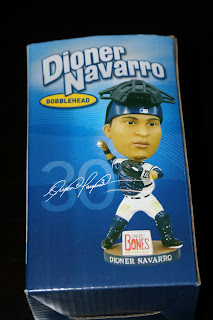 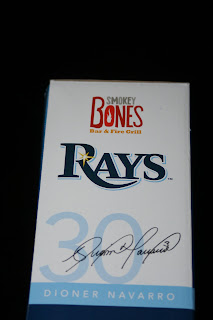 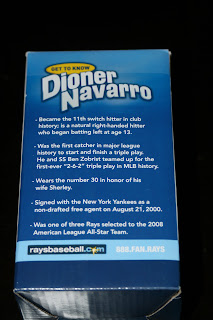 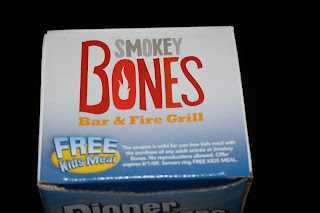 I love bobbleheads that are a little different. This one has the the removable catchers mask, which I think is really cool. I'd love to see this feature on a Dodger bobblehead in the future.
Share |
Posted by Dodgerbobble at 8:52 PM