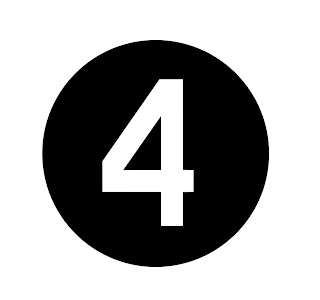 We now know who will get that sixth and final Dodger bobblehead on Tuesday, August 9; the late Duke Snider. The Dodgers will also wear a No.4 patch throughout the entire 2011 season in memory of the Hall of Famer.


The Dodgers announced Wednesday that they will wear a patch in memory of Hall of Fame outfielder Duke Snider throughout the 2011 season and will host a celebration of his life on Aug. 9 at Dodger Stadium. The memorial patch will feature Snider's No. 4 and will be worn on the Dodgers' home, road and alternate Brooklyn uniforms at every 2011 game beginning Thursday night, when the team opens the season against the San Francisco Giants. Snider's uniform number was retired on July 6, 1980, and is one of 10 retired numbers in franchise history. Snider passed away Feb. 27 at the age of 84.

Snider's family will be among the participants in the Aug. 9 celebration of Snider's life prior to a home game against the Philadelphia Phillies. The special ceremony also will feature a Snider bobblehead giveaway to the first 50,000 fans in attendance that will honor the franchise's all-time-leading home run hitter.

The man they called the "Duke" was born Edwin Donald Snider in Los Angeles on Sept. 19, 1926, and became one of the game's most feared hitters during his 16 seasons with the Brooklyn and Los Angeles Dodgers (1947-62), playing on a pair of World Series championship teams (1955 and '59) and in six World Series overall.

The last time the Dodgers wore a memorial patch was in 2000 in memory of Snider's teammate and fellow Hall of Famer, Pee Wee Reese. Other memorial patches were worn by the Dodgers in tribute to Jim Gilliam (1978), coach Don McMahon (1987), Tim Crews (1993) and a combination patch for Hall of Famers Don Drysdale and Roy Campanella, who passed away within a week of one another in 1993.

I think this is a classy move by the Dodgers. I honestly didn't think they would do something like this. It's a bit shocking. I really thought they would go with Chad Billingsley or Davey Lopes for the final bobblehead. Good for them.
Share |
Posted by Dodgerbobble at 1:03 PM