More Winnings From All About Cards Contest

Earlier this week, I posted all the hits I pulled from the first four boxes I won in the All About Cards contest. Today I'm gonna show the rest of the box breaks.

The fifth box I opened was the 2010-2011 Upper Deck Artifacts hockey. I got four hits in this box. The first was Thomas Vanek Frozen Arifacts Dual swatch 4/50. Next was Panthers Triple Swatch of David Booth, Michael Frolik and Thomas Vokoun 18/75. The third hit in the box was Steven Stamkos Dual Swatch 76/150. The last hit was a JP Dumont Autograph. 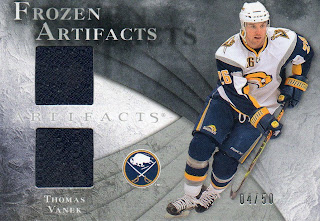 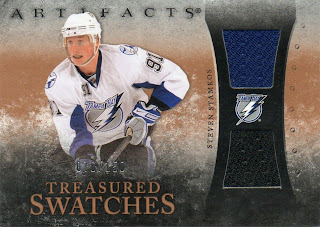 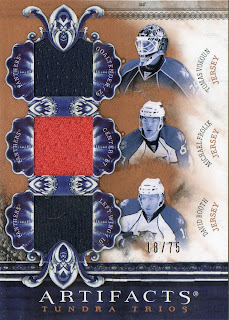 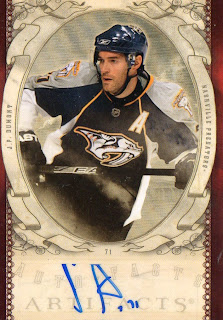 The sixth box I opened was the 2009 Bowman  Football box. Unfortunately, I got no hits in this one.

The seventh box I opened was the 2010-2011 Panini Limited Hockey. I was promised 8 cards in this box. I only got seven though. I got two jersey cards, Kyle Okposo 51/199 and Patrick Roy 4/10. Roy is one of my all-time favorites, so I was happy to pull this. The autograph was LA Kings Defenseman Jake Muzzin 34/299. 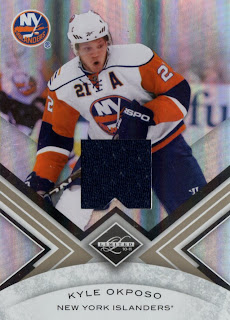 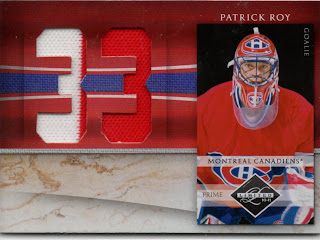 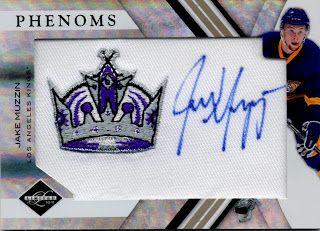 The last box I opened was 2010 Panini Limited Football. I was promised 8 cards in this box and I did get eight. I was guarenteed 3 hits. The first was Dexter McCluster Jersey 1/100. Next was a Knowshon Moreno Jersey 61/100. The third hit was an Eric Berry Auto Jersey 1/5. 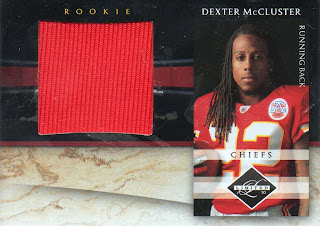 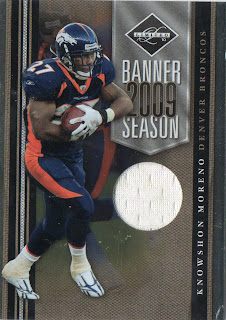 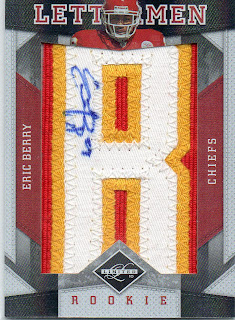 Check out the last two breaks:

Once again, thanks to All About Cards.I really appreciate everything. If anyone is interested in any of these cards, contact me.
Share |
Posted by Dodgerbobble at 8:11 PM