Bobblehead of the Day: Tommy Lasorda(HOF) 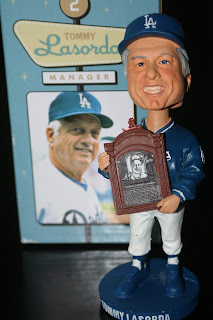 There are just two Dodger Stadium bobbleheads left on my list that I haven't covered, and they're both Tommy Lasorda. We'll take a look at the newer of the two, 2007's Hall of Fame bobblehead.

On Friday, September 14, 2007, the Dodgers gave away Manager Tommy Laosrda bobbleheads to the first 50,000 fans in attendance. Presented by FSN Prime Ticket, this bobblehead was made by P Squared Promotions. This was the fourth and final bobblehead given away that year. The others were: Nomar Garciaparra(April 26), Rafael Furcal(July 6) and Russell Martin(August 2).

This bobblehead commemorates the tenth anniversary of Lasorda's induction into the National Baseball Hall of Fame.  Tommy is holding his HOF plaque, and is wearing a jacket. This is the only Dodger bobblehead that has a jacket on!

The Dodgers played the Arizona Diamondbacks that night, and won 7-4. Brad Penny started for the Dodgers and beat Doug Davis, earning his 16th win of the year. Takashi Saito got the save, his 39th. 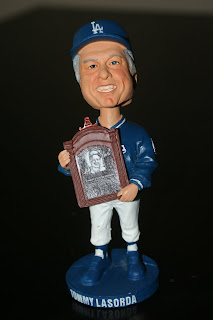 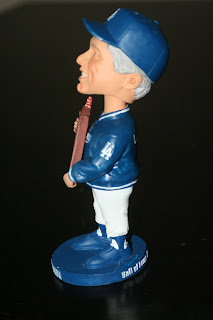 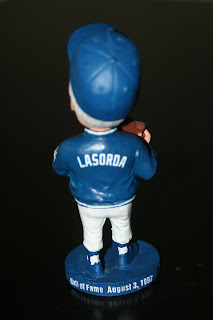 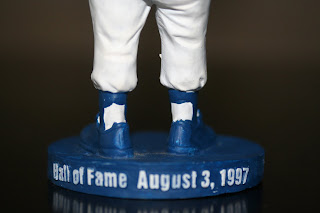 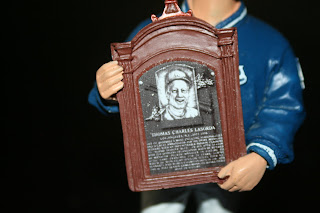 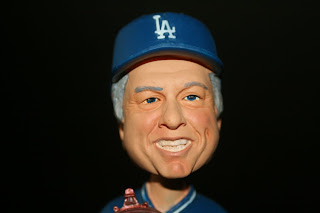 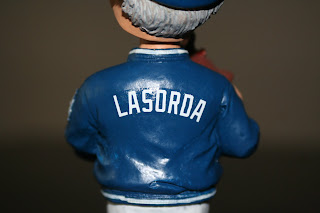 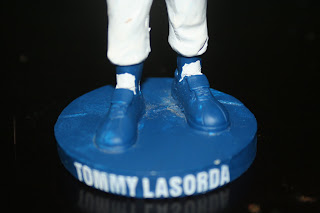 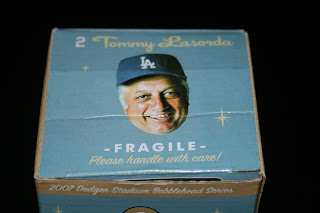 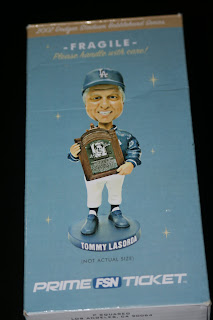 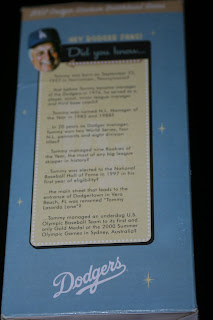 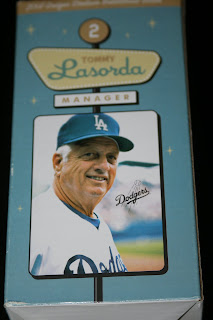 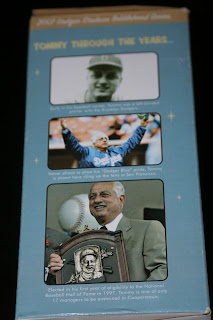 On July 26 of this year, the Dodgers will be giving away a Fernando Valenzuela bobblehead, his third. Should the Dodgers give Tommy Lasorda a third bobblehead as well?
Share |
Posted by Dodgerbobble at 1:47 PM