Dodgers reliever Javy Guerra made an appearance at Video & Audio Center in Santa Monica on Saturday. He was scheduled to meet fans and sign autographs from Noon to 1pm.

I was looking forward to this event. Javy's hot right now as the Dodgers current Closer, going 8 for 8 in save opportunities and sporting a solid 1.85 era. I wasn't expecting a large crowd though because Matt Kemp and Tony Gwynn Jr. were signing at the same time over at Frank & Sons. I was right about that. When I arrived, there about 25 people in line, and when Javy started signing, there were only about fifty people there. 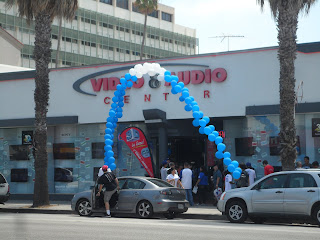 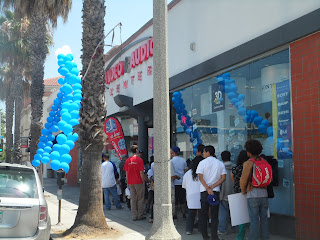 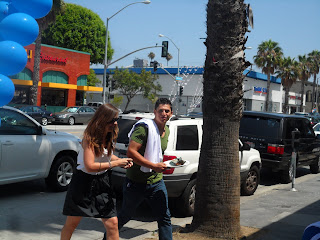 Guerra arrived on time, and he started signing right away. He was signing everything that was put in front of him, so I went with a  ball and an 8x10. He was also very friendly, chit-chatting with everyone and taking pictures. I had a chance to get back in line, but I figured two autos was plenty. 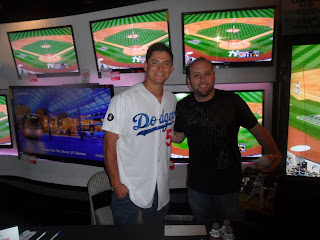 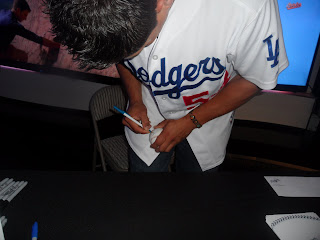 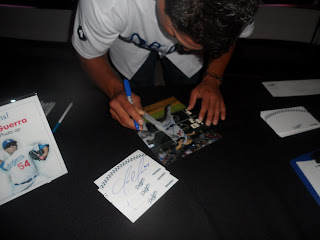 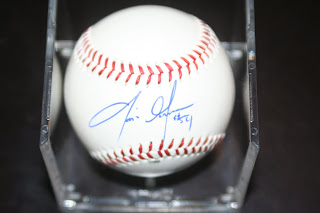 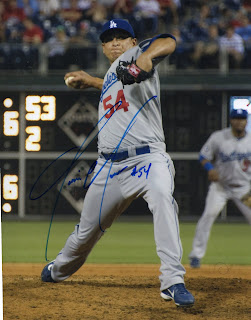 I had a great time at the event. Thanks to Video & Audio Center and Javy Guerra.