Dodgerbobble.com has come down to the last Dodger Stadium bobblehead, 2001's Tommy Lasorda. It's funny how this is the last one to get posted, but it was the very first one given away. Of course, the Dodgers will give more bobbleheads away in the years to come, and I'll post those as they are released.

This is the bobblehead that started it all. The one that began Dodger fan's collections. On April 4, 2001, the Dodgers gave away Manager Tommy Lasorda bobbleheads. Made by BD&A Promotions, this bobble was given to every fan in attendance. The game wasn't the sellout we regularly see on bobblehead nights now though. The official attendance of that game was 34,301. The Dodgers lost to the Arizona Diamondbacks that night 7-2.  Darren Dreifort was the starting pitcher for the Dodgers, Curt Schilling for the DBacks. This was the first of three bobbleheads given away in 2001. Kirk Gibson was the second(June 9) and Fernando Valenzuela was the third(July 29). 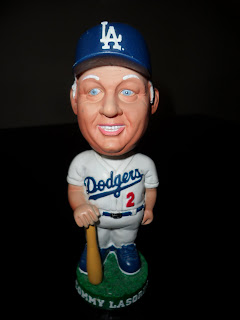 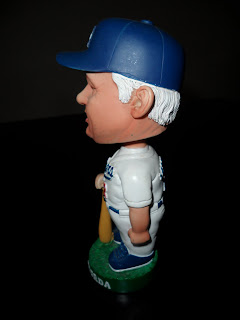 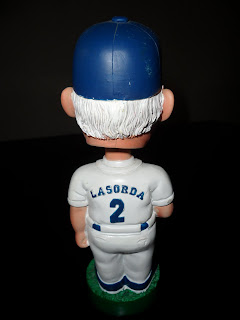 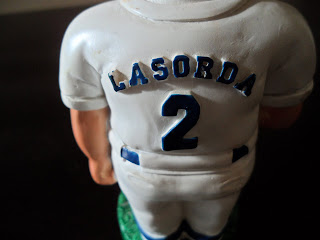 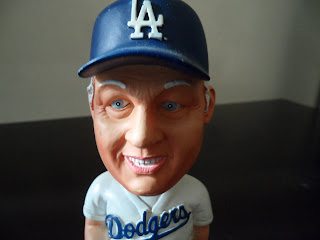 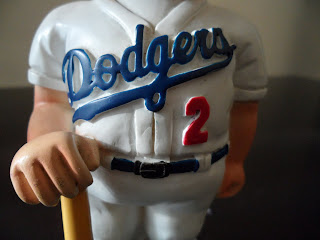 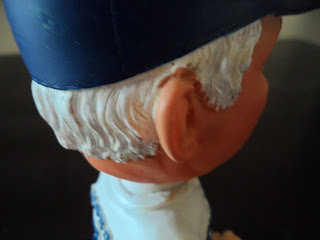 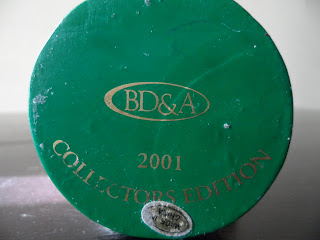 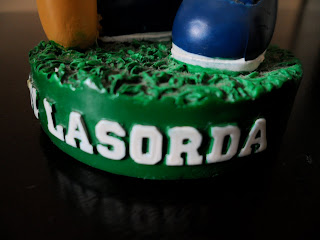 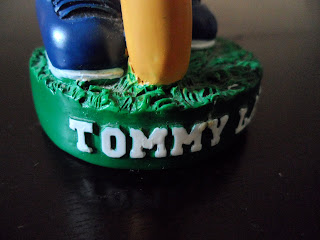 I like this pudgy, big-headed version of Tommy. It may not look exactly like him, but it's close enough. The features of the SGA's got better once the Dodgers switched manufacturers from BD&A to P2. This is the very first Dodger Stadium  bobblehead given away, so I do have a soft spot in my heart for it.

For the complete list of Dodger Stadium bobblehead giveaways with dates and links, check the blog sidebar.
Share |
Posted by Dodgerbobble at 10:13 AM