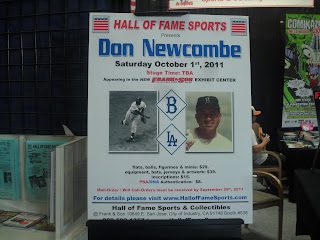 Dodger great Don Newcombe made an appearance today at Frank & Sons Collectibles. He was scheduled to sign autographs from 11:30 am to 12:30 pm.

I arrived at F&S at around 10:00 and purchased my ticket. When I got there I expected to see a large crowd because there were a few Dodgers signing besides Newk, including Manny Mota, Wes Parker, Tim Leary, Steve Lyons and Javy Guerra. It was pretty dead there though.


Newcombe ran a little late, arriving at around noon, but once he arrived, he began signing right away. I had him sign a ball, but I had a difficult time deciding on that. I was going back and forth between his bobblehead or the ball, and in the end I chose the ball because my recent bobbleahead autos have turned out crappy. Back in February, I tried to get Newk to sign the bobblehead for me and was unsuccessful. I really should've gotten both signed today, and now I'm regretting it. Oh well, I'll get another opportunity at the bobblehead in the future. 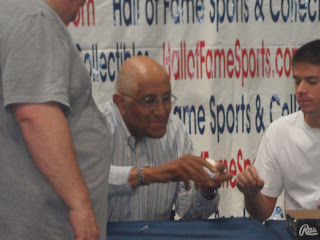 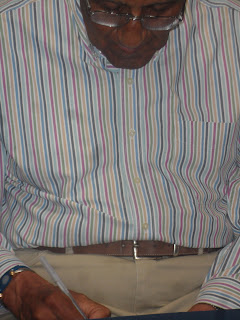 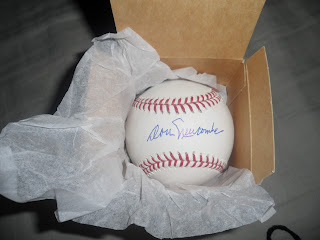 Mr. Newcombe was very friendly as usual, shaking hands with everyone and even chatting a little with the fans. Thanks to Frank and Sons for holding another great Dodger event and thanks to Don Newcombe for the autograph. Quick shoutout to David, winner of the Duke Snider bobblehead contest, it was nice meeting you today. And of course, it was great seeing everyone else.
Share |
Posted by Dodgerbobble at 5:42 PM