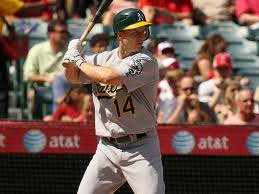 After agreeing in principle to an eight-year extension with Matt Kemp yesterday, and making every Dodger fan happy as hell, Uncle Ned is back to his old ways, adding two more veterans to the roster.

This morning they announced the signing of second baseman Mark Ellis. The deal is for two years and $8.75 million and an option for a third year. With Jamey Carroll now playing in Minnesota, Ellis basically takes his place. I honestly didn't see this one coming. I really thought the Dodgers would go cheap at 2B in '12, playing Ivan DeJesus and Justin Sellers. Wrong.

The Los Angeles Dodgers today announced that they have signed second baseman Mark Ellis to a two-year contract with a club option for a third year in 2014. Dodger General Manager Ned Colletti made the announcement.

"Mark brings a veteran presence to our lineup and he knows how to handle the bat," said Colletti. "On defense, he's been one of the most dependable second basemen in baseball over the course of his career."

Ellis, 34, batted .248 with seven home runs, 41 RBI and a career high-tying 14 stolen bases in 132 combined games with Oakland and Colorado last season. After being acquired by Colorado on July 1, he finished the season by hitting .274 with six home runs and 25 RBI in 70 games as the Rockies' everyday second baseman.

The South Dakota native has been active off the field throughout his career and was honored as the 2007 recipient of the Dave Stewart Community Service Award, which is given annually to an Athletics player for outstanding work in the community. Ellis is also a two-time winner of Oakland's Catfish Hunter Award, which is presented annually to the Athletics player whose play on the field and conduct in the clubhouse best exemplifies the courageous, competitive and inspirational spirit demonstrated by the late Hall of Fame pitcher. The award is voted upon by Oakland A's players, coaches and staff.

Ellis was originally selected by Kansas City in the ninth round of the 1999 First-Year Player Draft out of the University of Florida and traded to Oakland in 2001 as a part of a three-team, seven-player deal. He resides in Scottsdale, AZ with his wife, Sarah, and three children, Adelaide, Briggs and Dylan. 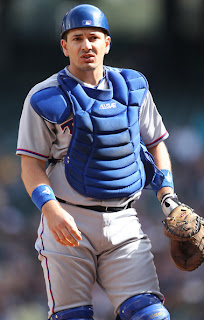 Then, tonight they announced the signing of catcher Matt Treanor to a one-year $850,000 deal with an option for 2013. The 36 year-old Treanor will replace Rod Barajas who left for Pittsburgh and is thought of as a defensive-minded catcher.

This is another one one I'm a little surprised at, but I really shouldn't be. I thought Barajas would be brought back. Since he wasn't, Ned had to go out and get a veteran catcher to replace him. There's no way he could go into 2012 with just  AJ Ellis and Tim Federowicz.

The Los Angeles Dodgers today announced that they have signed catcher Matt Treanor to a one-year contract with a club option for 2013. Dodger General Manager Ned Colletti made the announcement.

The Garden Grove, CA native has started 50 or more games in five of the past six seasons and thrown out 22.1% of basestealers throughout his career, including a career-best 41.9 caught stealing percentage in 2006 with the Marlins (13-of-31).

Treanor, 35, caught a team-high 81 games (52-29, .642) for the Rangers in 2010 and played a big role in Texas' postseason run, catching all four of C.J. Wilson's starts and homering in Game 5 of the American League Championship Series against the New York Yankees.

Treanor was originally selected by Kansas City in the fourth round of the 1994 First-Year Player Draft out of Mater Dei High School in Santa Ana, CA. He is married to two-time Olympic beach volleyball gold medalist Misty May-Treanor and resides in Coral Springs, FL.

So what's next for Ned Colletti? Well, he said he isn't going after a big bat. The Dodgers still need at least one more starting pitcher. Could we see Hiroki Kuroda back? That's one veteran I wouldn't mind seeing in Dodger blue next year.