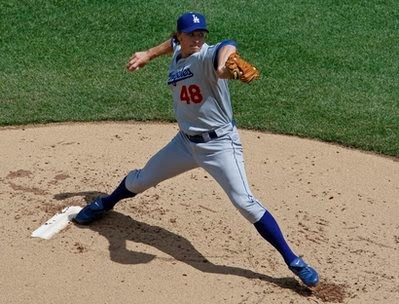 Once again, John Ely was very, very impressive. He went seven innings, allowing only two runs, while striking a career high eight batters in the Dodgers 6-2 victory over the Houston Astros. That's eight wins in a row now for the Boys in Blue.

Ely lowered his ERA to 3.51, and has probably secured himself a spot in the rotation.
Share |
Posted by Dodgerbobble at 9:48 PM