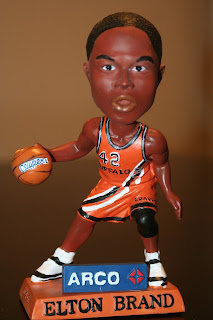 The Lakers played the Philadelphia 76ers tonight, and it gave me a chance to see one of my favorite players in the league, Elton Brand, who's been pretty hot for Philly this season. Watching him reminded me of one of my favorite bobbleheads in my collection, my Elton Brand Retro Buffalo Braves bobble.

Before the Clippers played crappy basketball in Los Angeles, they played it in San Diego. But what a lot of people forget is that the franchise actually started out in Buffalo, NY, and they were known as the Buffalo Braves. They were one of three franchises that joined the NBA in 1970-71 season along with the Portland Trail Blazers and Cleveland Cavaliers.

On  March 1, 2006, the Los Angeles Clippers paid tribute to the Braves and wore their throwback Buffalo Braves uniforms. The Clippers also gave away Elton Brand bobbleheads that night. The bobblehead depicts Elton in the orange & black Braves uniform. Presented by Arco gasoline, this bobblehead was given to all fans in attendance.

The Clippers played the New Orleans Hornets that night, and won 89-67. Elton Brand went 11 for 18 from the field and scored 25 points and had 7 rebounds and 5 assists. 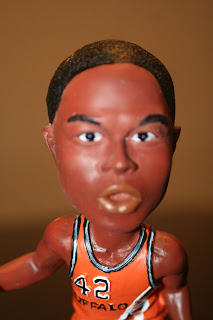 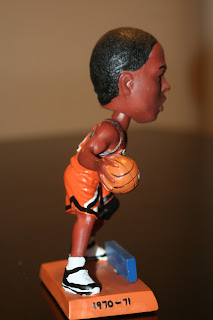 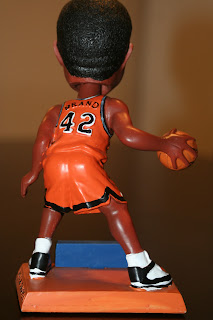 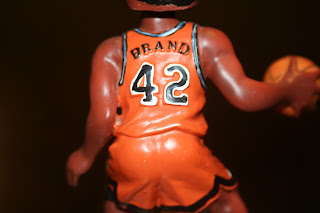 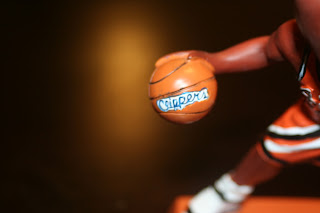 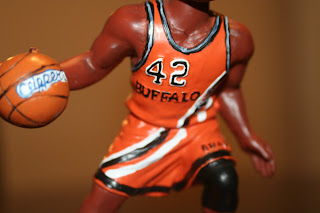 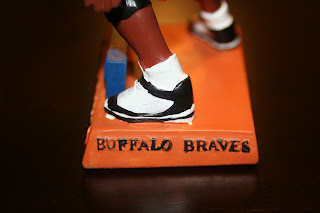 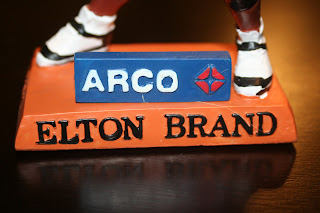 This is one of my favorite bobbleheads. I love the retro uni. I like the stance. Plus, this looks like Elton. This is one of the few things the Clippers have ever done right.
Share |
Posted by Dodgerbobble at 9:55 PM