Here's a couple of Dodgers notes on this Sunday night: 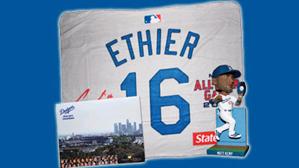 Buy a Dodgers' ticket Mini-Plan, receive a holiday gift pack. Tomorrow's the last day to take advantage of this deal. Here's the details: If you pay for any of the Dodgers' mini-plans in full by Monday, December 20, you'll receive a special holiday gift pack that features an Andre Ethier Fleece Blanket, a Matt Kemp bobblehead, and a 2011 Team Photo Calendar. The Dodgers are offering 25,21,14 and 10 game mini-plans.  Sounds like a good deal to me.


Dodgers and Cubbies to play in Vegas.  On Sunday, March 13, 2011, the Dodgers and the Chicago Cubs will play a split-squad Spring Training game at Cashman Field in Las Vegas. Vegas was home to the Dodgers AAA affiliate 51's from 2001-08. 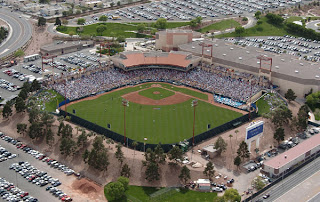 Dodger memories of 1980. Jon Weisman of Dodger Thoughts remembers the last week of the 1980 season, as the Dodgers were attempting to rally from three games behind Houston with three games to play. This is a great read. 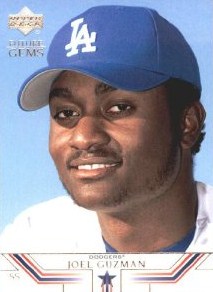 Joel Guzman signs with Chunichi. Guzman signed a one-year/$500,000 deal with the Dragons. Guzman is a one-time top Dodgers prospect, who signed with Los Angeles as a 16-year-old out of the Dominican Republic in 2001. At the time, his signing bonus of $2.25 million was a record for an international prospect. The Dodgers traded Guzman to Tampa Bay for Julio Lugo at the 2006 trade deadline.
Share |
Posted by Dodgerbobble at 9:24 PM