Bobblehead Of The Day: Rafael Furcal 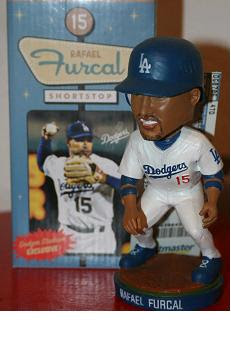 So, with Rafa coming off the DL today, I thought we'd take a look at his 2007 Dodger Stadium giveaway bobblehead.

On Friday, July 6, 2007, the Dodgers gave away Rafael Furcal bobbleheads to the first 50,000 fans in attendance. Presented by Farmer John, this bobble was made by P Squared Promos. This was the second of three bobbleheads given away in 2007. The other two were Nomar Garciaparra(April 26) and Russell Martin(August 2).

The Dodgers played the Florida Marlins that night and lost 6-5. Chad Billingsley was the starting pitcher for the Dodgers, Dontrelle Willis for the Marlins. Brett Tomko took the loss(shocking) after Takashi Saito blew the save. Renyel Pinto won the game for Florida.

Let's take a look at the bobblehead 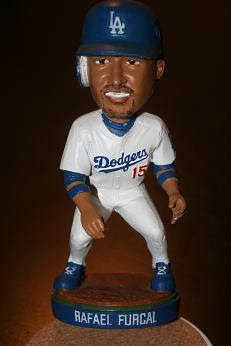 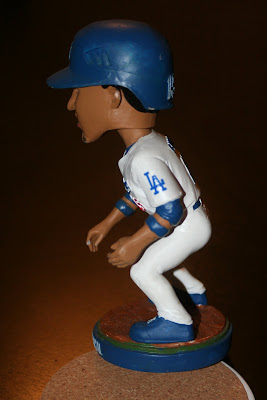 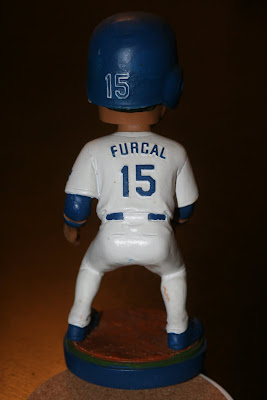 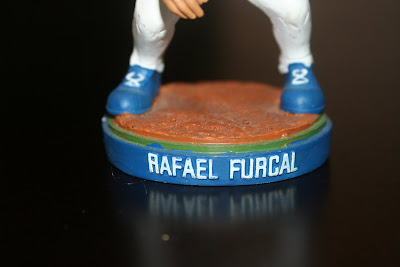 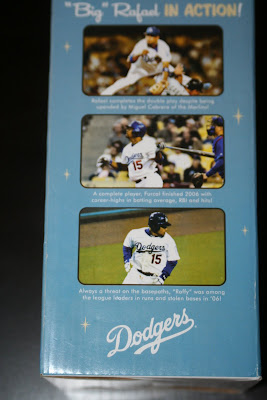 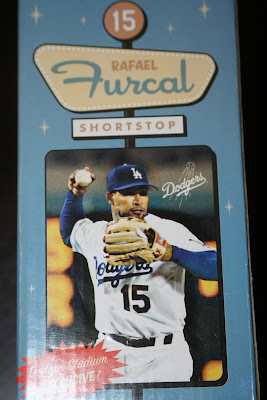 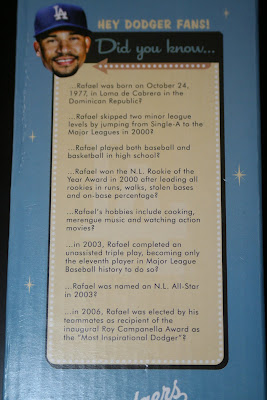 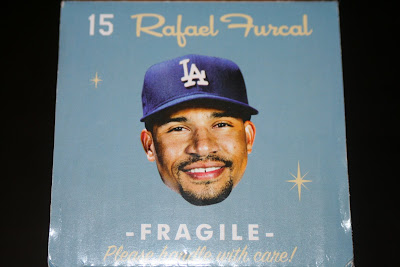 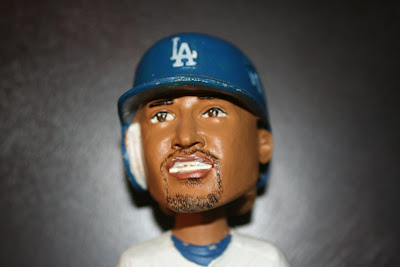 This isn't the greatest looking bobblehead the Dodgers have given away. The skin tone is off, and the facial features sort of look like Furcal. I do like the stance Rafael is in though. He looks like he is about to steal a base.

So, now all three 2007 bobbleheads have been covered, Nomar Garciaparra, Russell Martin and now Rafael Furcal. Not a bad crop of nodders for a crappy Dodger season.
Share |
Posted by Dodgerbobble at 9:37 PM