Did you miss out on the Vin Scully bobblehead giveaway at Dodger Stadium last Thursday? Well now they're available at BobblesGalore.com. Click here to pick one up.

Did you miss out on the Adrian Gonzalez bobblehead giveaway at Dodger Stadium last Thursday? Well now they're available at BobblesGalore.com. Click here to pick one up. 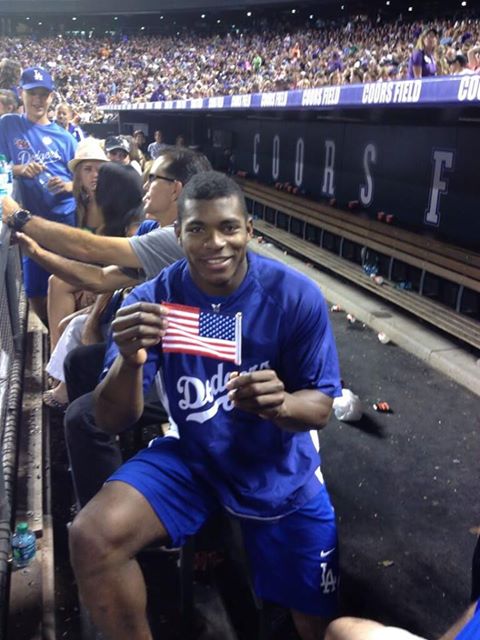 Have a happy and safe Independence Day everyone! 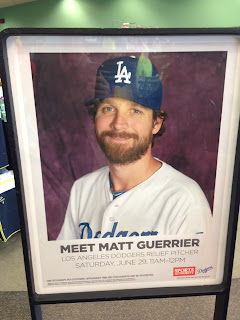 After camping out last Friday night to meet Adrian Gonzalez, going to another Dodger event seemed out of the question. But Dodger reliever Matt Guerrier was scheduled to make an appearance Saturday morning from 11-Noon at the Sports Authority in Burbank which was on my home.

As many of you know, I'm not the biggest Matt Guerrier fan. Let's face it, Guerrier hasn't exactly panned out since Ned Colletti signed him to a three-year deal back in 2010. I've talked a lot of crap about him all season long so I felt weird going to get his auto.

When Franz and I arrived at Sports Authority we were dead tired, but we knew it would be an easy auto. I honestly thought that there would be no one there, but there were actually 15 to 20 people in line. The Sports Authority employees kept everything very organized and Matt was signing everything, I thanked him for coming out and he signed a couple of cards for me and took a picture with me as well. 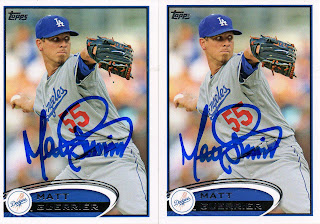 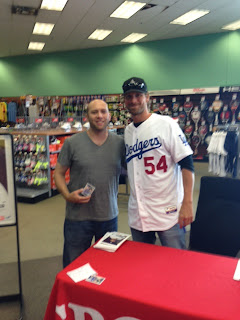 The very next day the Dodgers designated Guerrier for assignment and eventually traded him to the Cubs for Carlos Marmol. Guerrier probably knew he was gonna get designated, but he made it to the event anyway and kept a smile on his face the whole time. Thanks to Sports Authority and Matt Guerrier for a great appearance.
Share |
Posted by Dodgerbobble at 12:40 AM 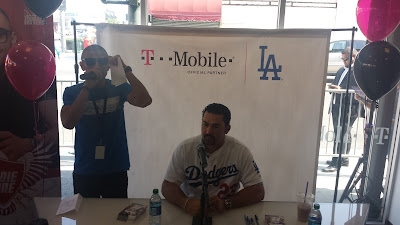 When I found out Dodger first baseman Adrian Gonzalez was going to be making an appearance at a T-Mobile store in Huntington Park, I knew it would be a camp out situation. I camped out once for a Matt Kemp autograph a couple of years ago and I told myself then that I would never do it again. Adrian Gonzalez isn't the easiest autograph to get so I decided to do the overnight thing once again.

Gonzalez was scheduled to appear at the T-Mobile store on Saturday morning at 10:15. I figured I needed to get there at least 12 to 15 hours in advance to be at the head of the line and I was right. I planned everything out with my buddy Franz and we decided to go to Dodger Stadium beforehand for a little batting practice and graphing. After the National Anthem, we made the 9 mile trip from DS to Huntington Park. We arrived in line at 7:30 and we were about ten people back. The nice thing was, there were barricades posted on the sidewalk for us to setup our chairs behind.We figured if we were behind those barricades we'd be good. So we unfolded our chairs and the night began.

As the hours kept passing more and more people showed up. I'd say there were 100 people there by 10:00. I knew a lot of the people there waiting in line and we all had a good time chatting and BSing. Time flew by very fast and before I knew it the sun was coming out. In the fifteen hours I was there I probably got about one hour of sleep and I knew I'd be hurting later. But it didn't matter because the payoff would be worth the pain. 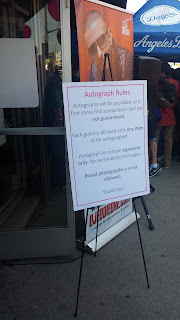 At 7:00 in the morning, the T-Mobile employees started showing up and so did Dodger Security and local police. I must admit this was the most organized event I've been to. Security gave us the run down of the day's events and the T-Mobile employees started handing out wristbands and shwag at 8:00. We were told Adrian would arrive at 10:15, do a Q&A session with the first twenty fans and then he'd start signing.

Once 10:00 rolled around we saw Adrian enter the store. He was taken to the back and given a Dodger jersey. Like clockwork the Dodger security and T-Mobile employees brought us in at 10:15. Adrian answered a few fan-friendly questions and we were sent back into line in an orderly fashion. Minutes later we were brought back in for the autograph session. 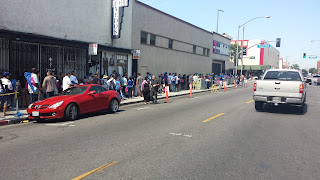 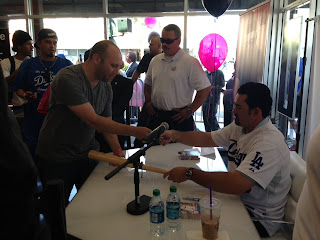 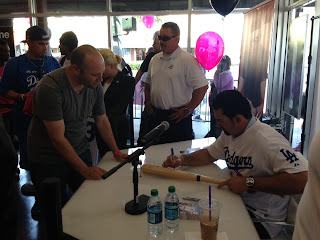 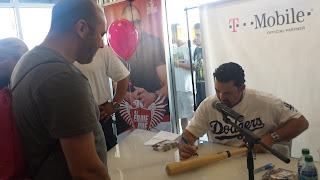 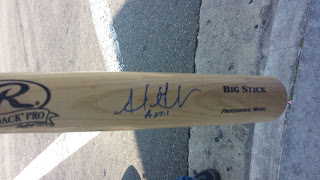 Adrian was in a very good mood and gave some beautiful autographs. I decided I was going to get a bat signed. Since I would never be able to bring a bat into Dodger Stadium this would be a good time to do it. The line moved very fast and I was at the front about ten minutes after the event began. I thanked Adrian for coming out and he signed my bat for me.

After I got my auto it was time to go, but I wasn't done with the Dodger appearances that day. Matt Guerrier's event was next but I'll get into that later.

Overall I think the AGon appearance was an amazing event and I don't regret waiting overnight at all. I'm not gonna start going through names, but I want to thank everyone who camped out, you really made it an interesting night. Thanks to T-Mobile, the Dodgers and of course Adrian Gonzalez.
Share |
Posted by Dodgerbobble at 6:53 PM

The Dodgers will be giving away Sandy Koufax bobbleheads on Thursday, June 27. For those of you who can't make it to Dodger Stadium on Thursday, BobblesGalore.com is giving you an opportunity to order one today. You can make that purchase by clicking here. 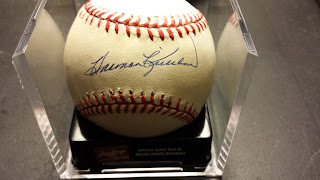 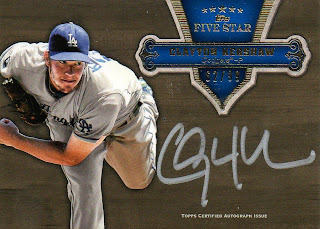 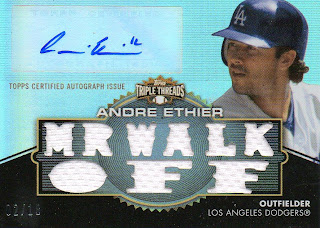 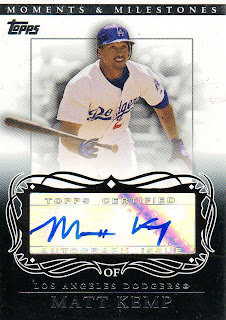 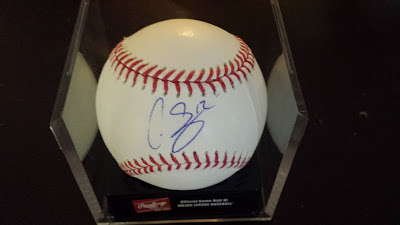