I wish the Dodgers could get their fans together for something like this.

The San Francisco Giants revealed their 2010 promotional schedule. Among the Giants giveaways will be a Willie Mays “The Catch” Bobblehead that will be given out on the May 16 game against the Houston Astros. This bobble looks pretty cool. The Giants are also trying to set a world record. On April 30, AT&T Park will be hosting a “Tweet-up” with the hopes to set a World Record for the Largest Tweet-up. 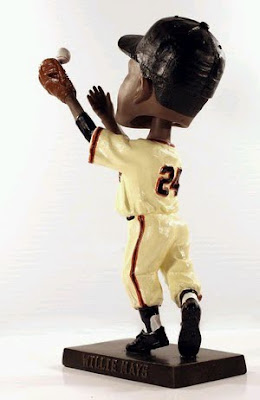 Dodger Dog. Fenway Frank. How about a Rays Dog? The Tampa Bay Rays have their own signature hotdog.

Did you know their are eight billionaire owners in Major League Baseball? No, Frank McCourt is not one of them. Forbes.com puts out it's list of baseball's billionaires.
Share |
Posted by Dodgerbobble at 10:41 PM