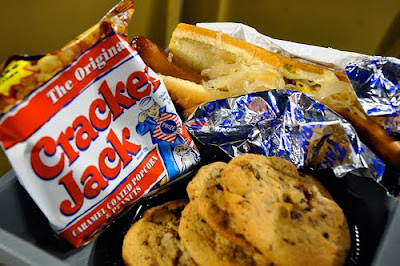 What a terrible opening week of Dodger baseball. The team only manages to win 2 of the six games on the road trip. The bullpen is having problems. And the Giants are in first place. What the heck is going on? I was expecting some happiness in this first week.

The Dodger home opener can't come any sooner. I can't wait for that first trip to Dodger Stadium. That first Dodger Dog. That first $12 beer.

There's gonna be a nice line-up of stars appearing at the home opener on Tuesday. Grammy Award-winning country star LeAnn Rimes is singing the national anthem, Grammy Award-winning frontman and producer of the Black Eyed Peas, will.i.am, is throwing out the ceremonial first pitch; and CNN talk-show host Larry King is announcing, "It's time for Dodger Baseball!" at the start of the game. 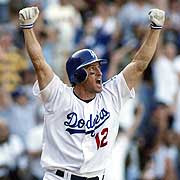 I'll be there early taking pictures and taking in all the excitement.

Fans can enter the stadium parking lots as early as 10:10 a.m. PT and the stadium as early as 10:40 a.m. The Dodger Stadium Express will pick up fans at the Patsaouras Bus Plaza adjacent to the east portal of Union Station every 10 minutes prior to the start of the game, starting at approximately 11:00 a.m., and drop them off in the parking lot behind left/center field.
Share |
Posted by Dodgerbobble at 4:32 PM