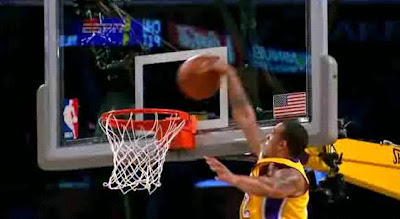 Just watched the Lakers absolutely destroy the Celtics. Then the Dodgers did the same to the Reds. It was a nice night.

Anyway, let's take a look at what's going on in the blog world:

Speaking of tonight's game against the Reds, Jon Weisman over at Dodger Thoughts wonders if it was a good idea to bring Hiroki Kuroda back into the game after a two hour rain delay.

Ernest at Blue Heaven noticed how poorly the Dodgers have been playing since voodoo man Vladimir Shpunt was outed by the LA Times. Now Chad Billingsley has been placed on DL. Maybe the Russian emigre has placed a curse on the team?

Last week the Dodgers gave away Jonathan Broxton bobbleheads to the first 50,000 fans in attendance. Alex Cora from Sons of Steve Garvey was one of those fans. He recaps his trip to Chavez Ravine for us.

Mike at theLFP.com has got a Miss LFP contest going. Don't forget to vote.

For the card collectors out there, Night Owl Cards takes a look at the 2010 Bowman Dodgers. Nice stuff. 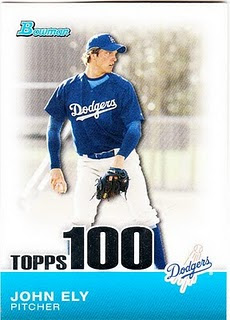