Bobblehead of the Day: Casey Blake

Since these three guys have come up big for the Dodgers, it seems like a good time to take a look at their bobbleheads. I'll start tonight with Casey Blake and move on to Matt Kemp tomorrow, followed by GA on Friday.

On Wednesday, May 20, 2009 the Dodgers gave away Casey Blake bobbleheads to the first 50,000 fans in attendance. Presented by Carl's Jr, this bobblehead was made by P Squared Promos. This was the first of three scheduled bobbleheads for the year, Manny Ramirez(July 22) and Matt Kemp(August 19) were the other two. Of course, a fourth bobblehead was later added to the schedule, the Manny BobbleSlam bobblehead(September 16).

The Dodgers played the New York Mets that day and won 2-1. Jeff Weaver started the game for the Dodgers, Livan Hernandez for the Mets. Brent Leach was the winning pitcher. Jonathan Broxton got the save.

Let's take a look at The Beard's bobblehead 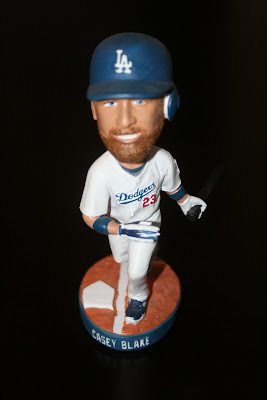 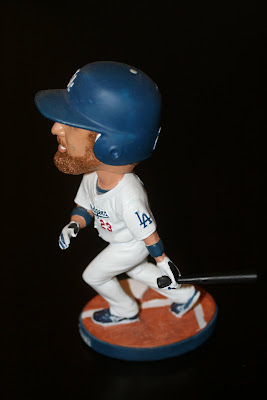 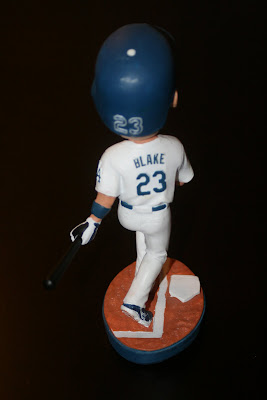 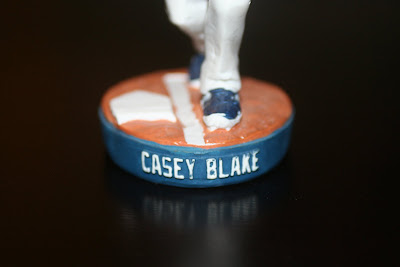 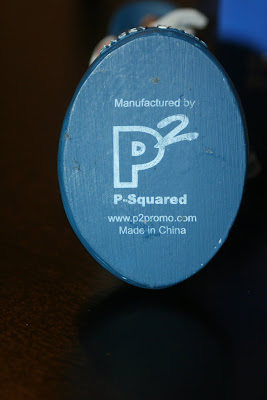 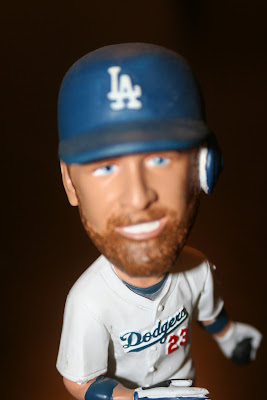 A look at the box 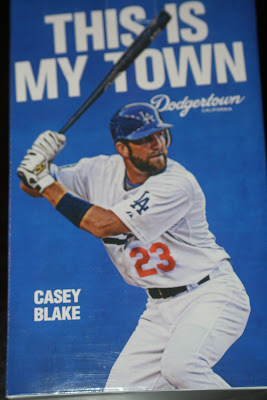 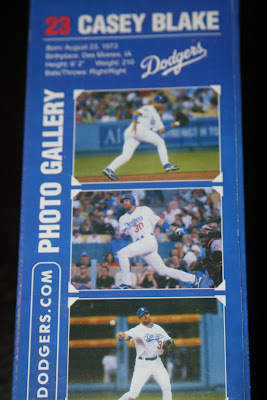 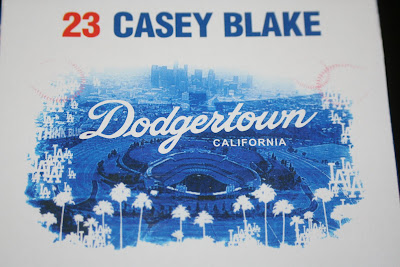 I was a little surprised the Dodgers made Casey Blake the first bobblehead of 2009. He hadn't been in blue too long, but I guess the hard working bearded third baseman was popular enough with fans that the Dodgers decided to give him one.

The features seem to be dead on. Of course the first thing to check is the beard, and they got it right. The skin tone is good. They even got the large chin right. Overall, I'd say this is a good looking bobblehead. 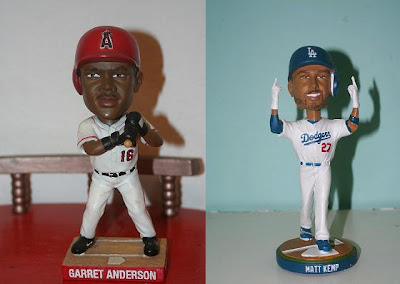