Can the Dodger offense please score some runs for poor John Ely? He's allowed only one stinkin' run over the last 14 1/3 innings. His ERA is 0.63 over that stretch. How many runs have the dodgers scored for him? ZERO. He lowered his overall ERA to 2.53 after tonight's game. Mr. Ely earned the win tonight, Jeff Weaver will have the "W" next to his name though. 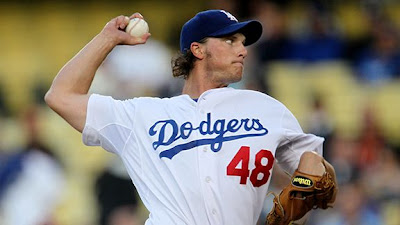 Manny made a couple of nice catches tonight in front of the fans in Mannywood. 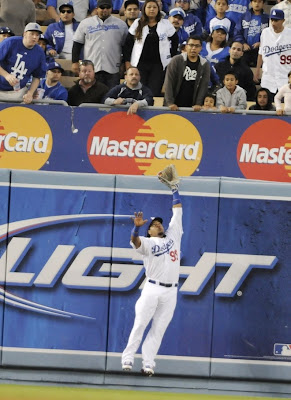 Russell Martin slid into Stephen Drew a bit too hard at second base in the seventh inning. The two had some words and the benches and bullpens cleared. 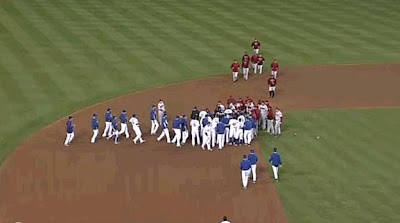 Matt Kemp hit a walk-off homerun in the bottom of 10th inning. 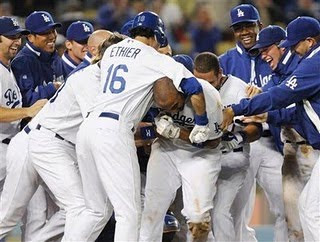 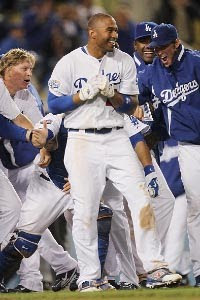 Another dramatic victory.
Share |
Posted by Dodgerbobble at 8:21 PM