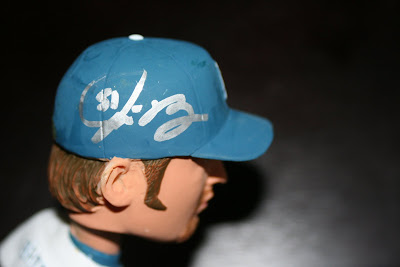 Dodger Closer Jonathan Broxton was signing autographs in Koreatown today. The event was at the Verizon Wireless Store on Wilshire Blvd. from 12:00 to 1:00pm. I arrived at 10:45, just 15 minutes before wrist bands were handed out. I want to thank Albert, Linda and Chris for getting there early and holding a spot in line for me and my buddy Tom. 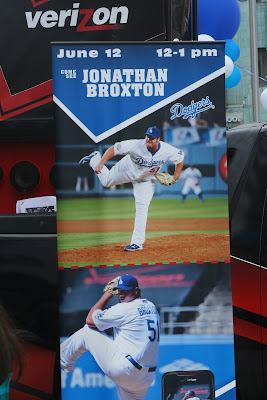 There were about 200 people ahead of us in line. I wasn't as motivated to take pictures this week as I was last week at the Casey Blake appearance, but I'd say there were another 300 or 400 people behind us when the event began. 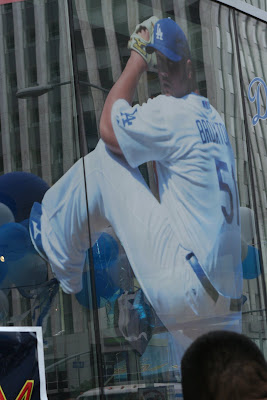 The event staff and security walked down the line of people and informed us all that Jonathan would only sign one item and that pictures would not be allowed. Great. 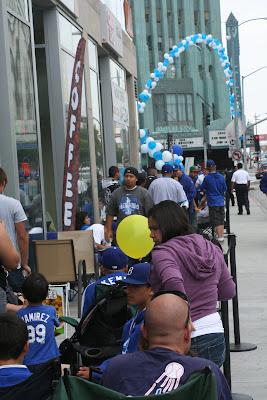 The event started on time, and once the line began to move, people were in and out quickly as if we were in an assembly line. Once in the store, we were told at least five times that Brox would only sign one item and that no pictures could be taken. Of course, I had my Jonathan Broxton bobblehead that was given away just this Tuesday at Dodger Stadium. Brox signed the hat in silver sharpie, I was handed a picture, then sent on my way.

I wish they would have let us take pictures, but I understand it would take forever, and the event was only an hour long. Whatever. It was a nice experience. 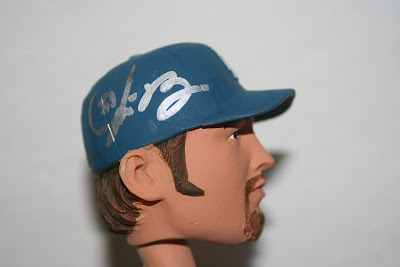