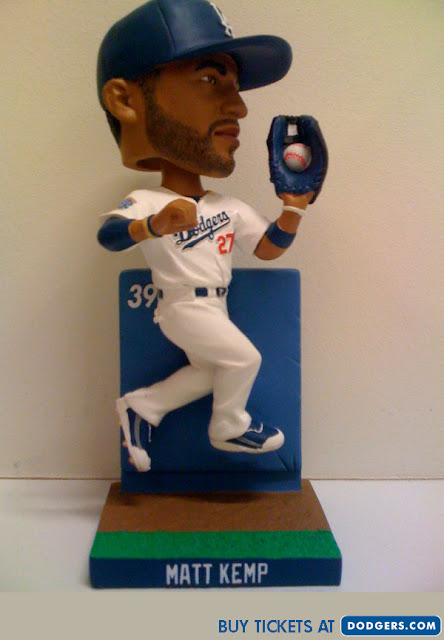 I think I may be the last person in the Dodger blogosphere to post this picture. Here it is, the final Dodger Stadium bobblehead that will be given away this year, Matt Kemp. This is Matt's second bobblehead in two years. The bobblehead is presented by San Manuel Indian Bingo & Casino and will be given to the first 50,000 fans in attendance on August 17, when the Dodgers take on the Colorado Rockies

This may be the coolest bobblehead the Dodgers have ever given away. The rumor going around was that Matt would be wearing a gold glove in honor of his Gold Glove Award he received in 2009. The Dodgers didn't go that route, but the Bison catching a ball against the outfield wall is just as cool. I can't wait to get this one.