Some Dodger news on a Friday Evening: 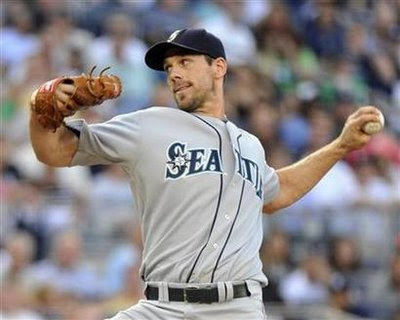 Dodgers made an attempt at Cliff Lee. According to a source close to the situation, the Dodgers were in trade talks with the Seattle Mariners for pitcher Cliff Lee. The source said that the Mariners wanted one of two players, James Loney or Chad Billingsley. Of course Lee ended up in Texas today. The Rangers moved first baseman Justin Smoak and three minor leaguers to Seattle for Lee.
Did the Dodgers pay one of their executives from the team charity? It seems they paid Howard Sunkin, the team’s senior vice president for public affairs, $400,000 last year for what tax records describe as a 40-hour-a-week job at the Dodgers Dream Foundation,which is a  nonprofit charity. Uh-oh.

Frank and Jamie's divorce is the subject of a New York Times article.