Bobblehead of the Day: Don Newcombe

55 years ago Sunday, Brooklyn Dodgers' pitcher Don Newcombe won his 20th game on the season. It was the second time he had done this in his career. That day, he also hit his seventh homerun of the year, which broke the NL record for homeruns in a season by a pitcher. 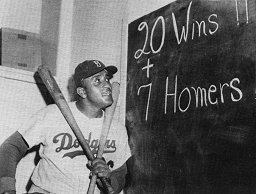 Newk went on to set career highs in average (.359), hits (42) and RBI (23) while finishing the 1955 season with a 20-5 record and 3.20 ERA. He remains the only player in franchise history to win the Rookie of the Year, Cy Young and Most Valuable Player awards.

Don Newcombe is currently a special adviser to chairman Frank McCourt. You can read his bio here.

On this anniversary of Newcombe's special day, we'll take a look at his 2004 SGA bobblehead. On Friday, July 23, 2004, the Dodgers gave away Don Newcombe bobbleheads to the first 50,000 fans in attendance. Presented by ATA Airlines, the bobblehead was made by P Squared Promotions.  This was the second of three bobbleheads given away in 2004. The other two were Eric Gagne(4/30) and Don Drysdale(8/20).

The Dodgers played the San Diego Padres that night, winning 3-2. Jose Lima started for LA, Brian Lawrence for San Diego.  Akinori Otsuka blew the save for San Diego, Rod Beck took the loss and Eric Gagne got the win. 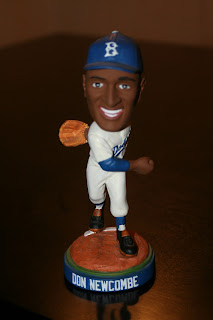 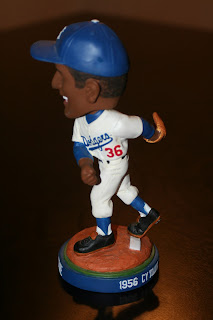 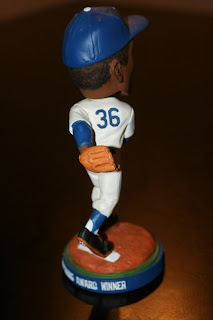 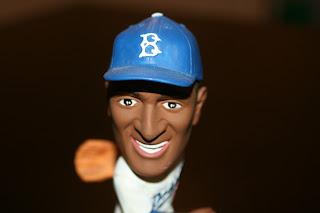 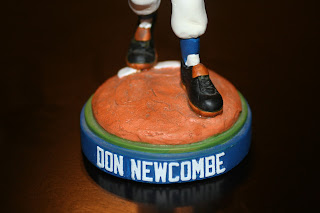 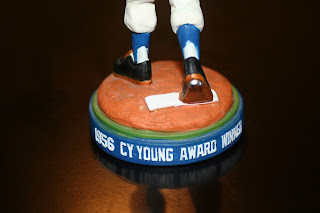 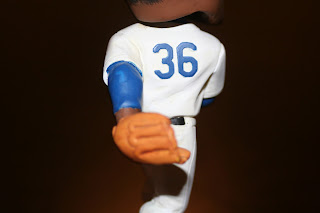 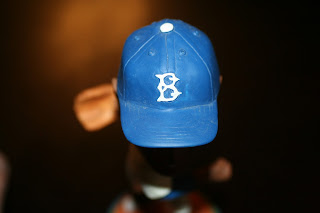 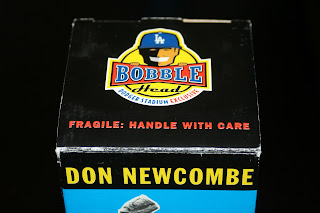 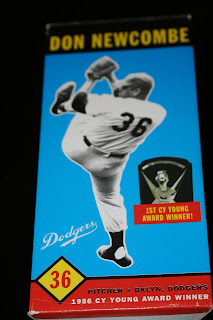 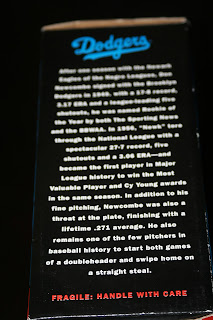 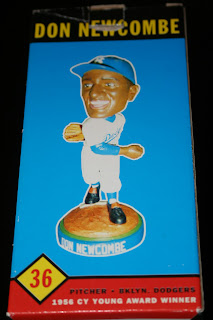 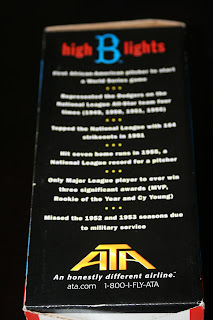 This is another one of my favorites. I love the Brooklyn Dodgers hat, I think it's my favorite part of the bobblehead. I've heard some stories about the Dodgers wanting the bobble to have an LA hat on, but Newcombe wanted Brooklyn, or he wouldn't approve. If anyone can confirm this story, let me know.