Bobblehead Of The Day: Brian Jordan

It's time for another Dodger bobblehead. Today we'll take a look at Brian Jordan. Jordan was traded to the Dodgers along with pitcher Odalis Perez on January 15, 2002 for Gary Sheffield. He spent two seasons in LA.

BJ had a decent 2002 season, batting .285 with 18 homeruns and 80 RBI, so the Dodgers decided to give him a bobblehead. On July 1, 2003 the Dodgers gave away Brian Jordan bobbleheads to the first 50,000 fans in attendance. This bobblehead was made by Alexander Global Inc.  It was the second of three bobbleheads given away that year. The other two were Eric Gagne(5-02) and Fred McGriff(9-12).

The Dodgers played the San Diego Padres that night and lost 4-3. Andy Ashby started for the Dodgers, Oliver Perez for San Diego. Brian Jordan did not play that night because he was placed on the 15-day disabled list earlier that day. 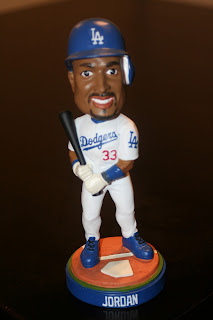 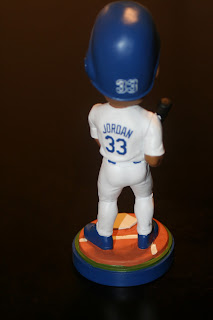 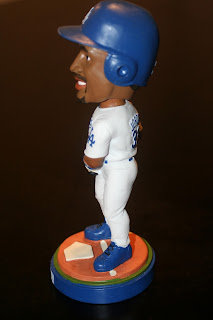 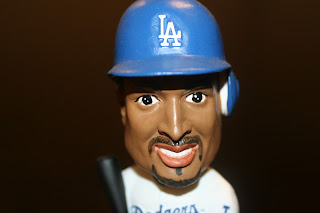 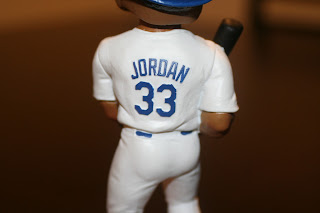 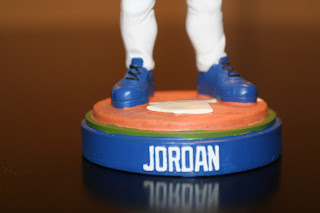 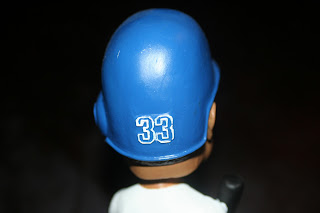 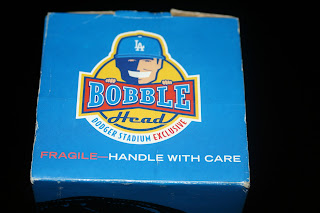 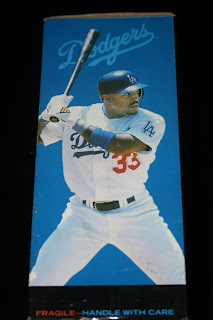 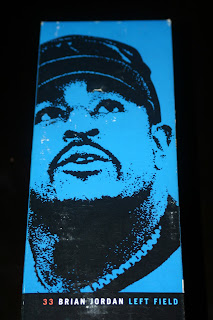 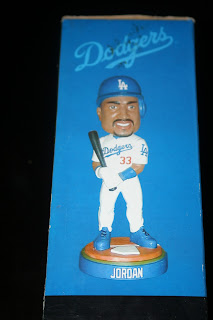 Alexander Global made some strange looking bobbleheads. There really isn't anything special about this one. BJ is standing at the plate with the bat over his shoulder. Eh. What I do like about this one is that the bat is attached to body. Yes, bobbleheads with detachable bats look better, but they fall apart more often.
Share |
Posted by Dodgerbobble at 8:17 PM