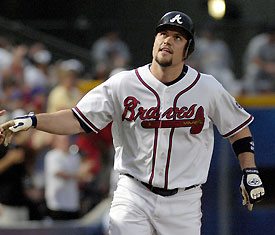 Is Matt Diaz the next Dodger Left Fielder? It could happen. According to Tony Jackson of ESPNLosAngeles.com, the Dodgers search for a left fielder has been narrowed to free agents Matt Diaz and Scott Podsednik and possibly one more name that remains a mystery.

In the same article, Jackson mentions the Dodgers pursuit of another catcher, possibly Russell Martin. He also talks about Vicente Padilla joining the Dodgers as a reliever and possibly as a candidate for the closer's role if Jonathan Broxton struggles.

Ruling in Dodgers' divorce case expected Tuesday. Frank and Jamie McCourt are expected to find out Tuesday whether a judge has thrown out an agreement that could determine the ownership of the Dodgers.
Los Angeles Superior Court Judge Scott Gordon is expected to rule Tuesday on the validity of a marital agreement that would provide Frank McCourt with sole ownership of the Dodgers, according to multiple sources familiar with the case.

No Hall for Garvey. The 1974 NL MVP was on the Hall of Fame veterans committee ballot. To be elected, a candidate must appear on at least 75% of the 16 ballots. Only one person on the special ballot got the votes, Pat Gillick, who built three World Series champions and has served baseball for nearly 50 years, who had the necessary 75 percent (12 votes) to make it in. The results of the Expansion Era Ballot (12 votes needed for election): Gillick (13 votes, 81.25 percent; Marvin Miller (11 votes, 68.75 percent; Dave Concepcion (8 votes, 50 percent). Those receiving less than eight, aside from Garvey: Ted Simmons, Vida Blue, Ron Guidry, Tommy John, Billy Martin, Al Oliver, Rusty Staub and George Steinbrenner.

Garvey's next chance at the Hall won't come until 2013.

The Minotaur gets married. Dodgers' Ace Clayton Kershaw got married this past Saturday. Roberto at Vin Scully Is My Homeboy has the details. 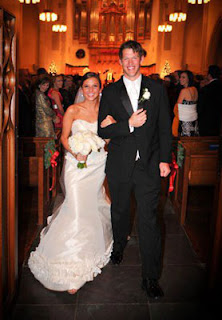