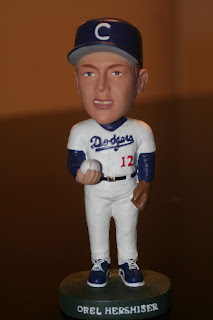 In 1979, the Dodgers drafted future Cy Young Award winner Orel Hershiser in the 17th round of the amateur draft and assigned him to Single-A Clinton. That year he made 15 appearances and went 4-0 with 4 saves and had an ERA of 2.09. 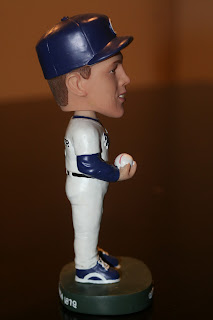 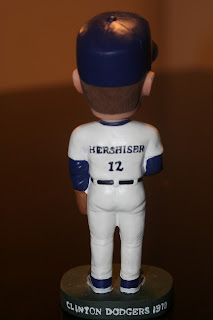 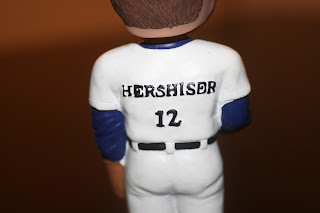 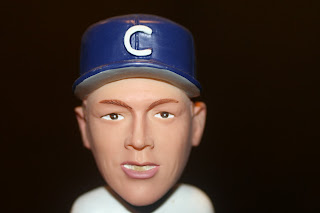 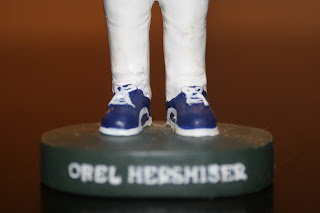 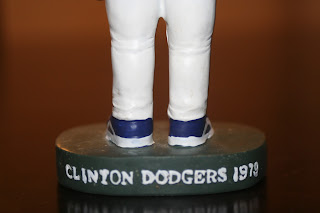 Is this the nicest bobblehead in the world? No, but it's nice to have Orel Hershiser in the collection. I'm hoping one day the Los Angeles Dodgers will honor the Bulldog with a bobblehead. Maybe in 2013, for the 25th anniversary of the 1988 World Series team.

Hat tip to Gabriel for this one.
Share |
Posted by Dodgerbobble at 8:31 PM