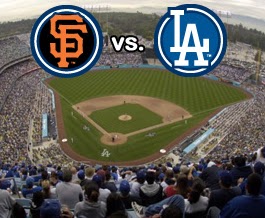 The Dodgers Opening Day Game, which was originally scheduled to be played on Friday, April 1, has been rescheduled for Thursday, March 31, at 5 p.m.


The Dodgers announced today that Opening Day has been moved to Thursday, March 31 at 5 p.m. and will be nationally televised on ESPN. The Dodgers will face their rivals, the 2010 World Champion San Francisco Giants, in a four-game series, three of which will be televised nationally or regionally.

The game will be called by Dan Shulman and former Dodgers Orel Hershiser and Bobby Valentine.

The change was a compromise to accommodate ESPN, which originally wanted the opener switched to a Giants home game at AT&T Park Thursday night, with the series moving to Dodger Stadium for a Friday day game. The Dodgers opposed that proposal.