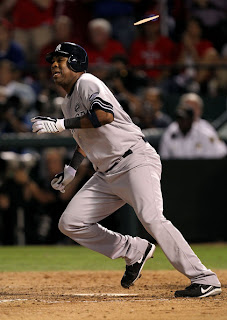 According to Dylan Hernandez of  LATimes.com, the Dodgers have reached an agreement with free agent outfielder Marcus Thames.


Thames, who will be 34 on opening day, is expected to provide the right-handed bat in a left-field platoon that will include Jay Gibbons.

Thames hit .288 with 12 home runs and 34 runs batted in in 82 games for the New York Yankees last season. He batted .300 with five home runs and 14 RBIs against left-handers.


Over nine major-league seasons, including six with the Detroit Tigers, Thames has hit .248 with 113 home runs and 294 RBIs. Thames’ deal is expected to be finalized on Tuesday.

I can't say I'm exactly thrilled with this signing, but there really isn't much left on the market. The article also mentions the Dodgers are close to signing Gabe Kapler to a minor league contract.