Bobblehead of the Day: Jered Weaver 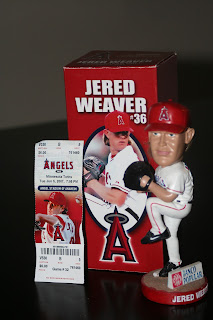 Anaheim Angels' Ace pitcher Jered Weaver had his arbitration case today and lost. He was seeking $8.8 million, but will receive only $7.365 million, saving the team $1.435 million in 2011. Weaver went 13-12 with a 3.01 ERA in 34 starts for the Anaheim last season and led the major leagues with 233 strikeouts.

With Mr.Weaver in the news today, I thought I'd show his bobblehead. On June 5, 2007, the Anaheim Angels gave away Jered Weaver bobbleheads to all fans in attendance. Presented by Power 106, this bobblehead was made BD&A Promotions.

The Angels played the Minnesota Twins that night and won 5-1. Kelvim Escobar pitched a complete game for Anaheim and beat Minnesota's Scott Baker.

Let's take a look at Jered: 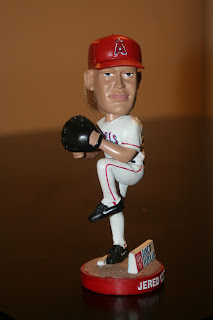 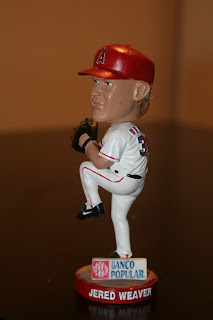 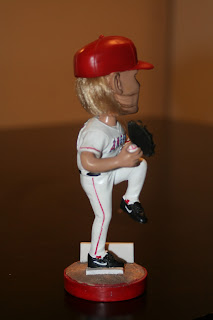 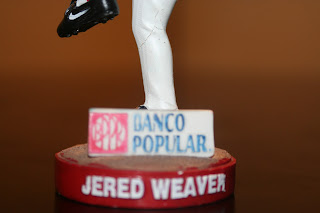 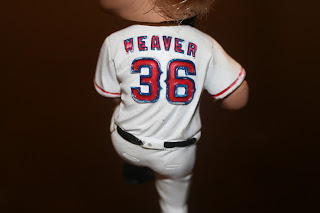 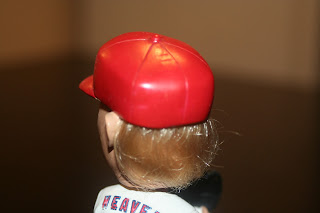 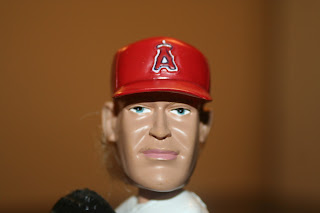 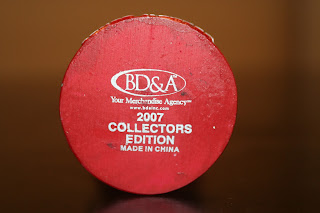 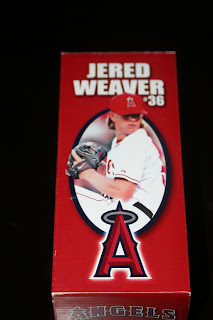 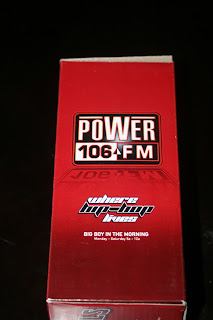 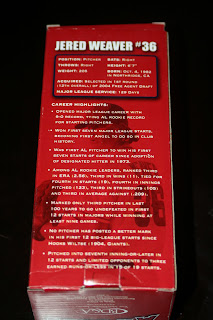 Even though this is an Angels bobblehead, it's actually a favorite of mine. This bobble has "Barbie doll" hair, which I think is kinda cool. It's different, and I like to see something other than a guy holding a bat at home plate. In August of 2008, the Dodgers gave away Joe Beimel bobbleheads, and I had hoped they would give Joe the same type of hair. That never happened.