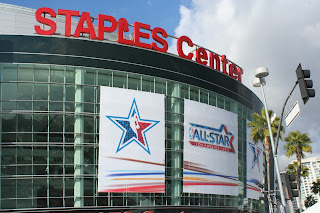 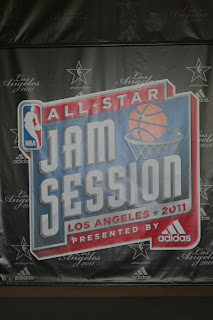 I arrived at 10:00 a.m. with one goal: to get Blake Griffin's autograph.  The first thing I did was buy a 2010-2011 All Star ball, then I headed to the line. When we got to the signing area, Russell Westbrook was there signing. I decided to jump in line and get Russell's autograph. The line moved smoothly. Russell was cranking out the signatures. Once I got to the front of the line, Russell signed, then I went directly to the line forming for Blake Griffin. 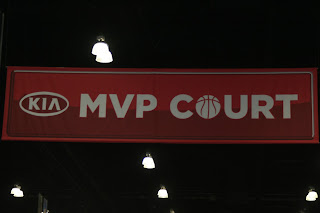 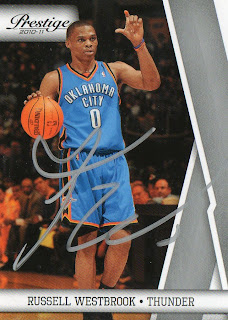 Let me say how unorganized the whole event was. No one knew where to go. But everyone started getting in this line that had begun forming. By the time Westbrook finished signing, there were hundreds of people in a line waiting for Blake Griffin. No one knew if this was the official line for the signing. It turned out to be the official Blake Griffin line, but in the end it didn't matter. They had us move forward, counting us as we walked to the front. I was number 70 in line. I thought I was in good shape. Blake was scheduled to appear at 12:00.

Noon finally came, and no Griffin. 12:30, no Griffin. 12:45, no Griffin. Finally at 12:55, Griffin showed up. The crowd went crazy. The MC asked him a couple of questions, then brought him over to THE car he jumped over in the Slam Dunk contest. Blake signed the car, then headed over to the signing table. They started letting people in in groups of ten. After about 15 minutes, they decided to stop the signing. I was three people shy of getting his autograph. I can't begin to tell you how pissed I was.I wasn't the only one. There were hundreds of angry people behind me. I don't want to blame Blake Griffin for this, I know he is probably getting pulled in a million directions. I blame his PR people. They really fucked the whole thing up.

After Griffin left, the people working the event handed us a picture of him in the dunk contest and sent us on our way. I was so angry, I couldn't think straight. After walking around for a while, I decided to go to the John Starks line. While waiting for Griffin, I missed out on the George Gervin, Ron Harper, Detlef Schrempf, and the Mitch Richmond signings, so I figured I might as well get something before I left.

John Starks was scheduled to appear at 3:00, and he showed up on time. I was a huge Starks fan growing up, so this was a nice consolation prize. I forgot to bring something for Starks to sign, luckily he had some All-Star postcards at the table. 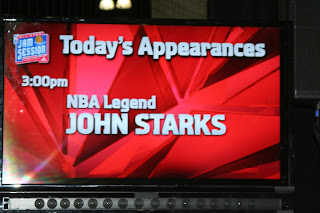 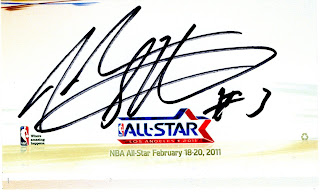 I'm happy I got a chance to meet Russell Westbrook and John Starks today. I'm also upset I didn't meet Blake Griffin. He was probably the most popular player this All-Star weekend, so they should have known there would be many people trying to get his autograph. I really feel let down, but I also know there are no guarantees at these things.
Share |
Posted by Dodgerbobble at 10:39 PM