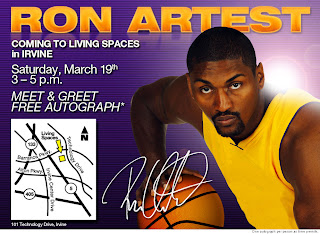 Last week, Lakers Forward Ron Artest was scheduled to make an appearance at Living Spaces in Irvine from 3pm to 5pm. I got there at around Noon, and was one of the first one hundred people there, so I got a wristband. About two hours before Artest was scheduled to appear, we were told he cancelled. Everyone with a wristband was told to come back next week. They put our names on a list and asked us to hang on to our wristbands.

So, after waiting a week, I called to confirm he would be there today. I was told he would be, so I made the 75 mile trip to Irvine. I got there an hour before he was scheduled to appear, and was put in a separate line for people with wristbands from the previous week. I was the 75th person in line.

Ron Ron arrived on time. We were told only one item would be signed and he would not be taking pictures with us. Living Spaces had a giant television playing the Butler/Florida game above him. He was paying a lot of attention to the game, but kept the line of people moving. When I got to the front, I shook his hand and he signed my ball. It was fast and to the point. I wish more signings were like that. 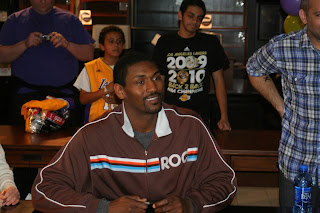 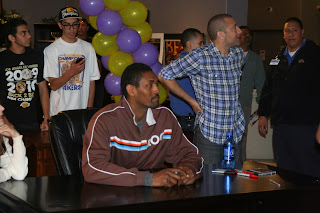 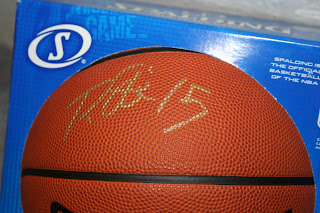 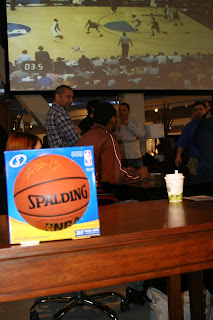 Thanks to Ron Artest and Living Spaces Irvine for the great experience.
Share |
Posted by Dodgerbobble at 7:59 PM