Bobblehead Of The Day: Kirk Gibson

Since Kirk Gibson and the Arizona Diamondbacks were in town this weekend, I think it's the right time to look at Gibby's Dodger bobblehead. It's nice to remember Gibson in Dodger blue and his famous homerun in Game 1 of the1988 World Series. We've all seen it a million times. It's the most famous homer in Dodger history, maybe even in baseball history. Gibby was also named National League MVP that year.

Thirteen years later, the Dodgers would honor Mr. Gibson with a bobblehead. On Saturday, June 9, 2001, the Dodgers gave away Kirk Gibson bobbleheads to the first 50,000 fans in attendance. Made by BD&A Promotions, this was the second of three bobbleheads given away that year. The first was Tommy Lasorda(April 4) the last was Fernando Valenzuela(July 29).

The Dodgers played the Anaheim Angels that night, and  won 2-1. Chan Ho Park started for the Dodgers, Ramon Ortiz for the Angels. Dodger Closer Jeff Shaw got the win. 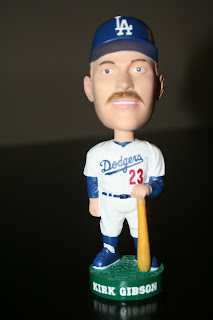 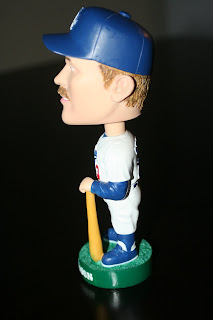 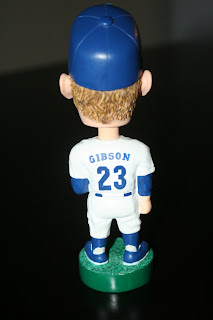 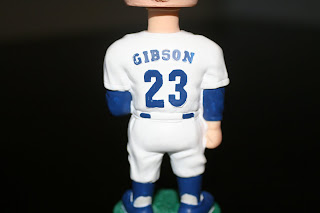 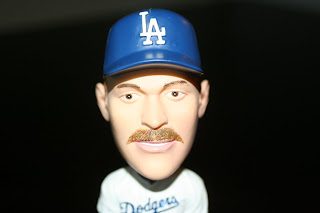 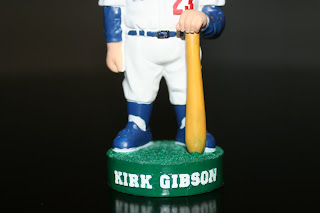 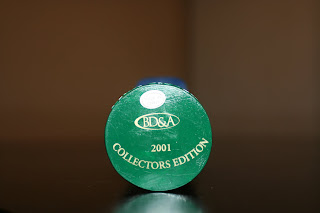 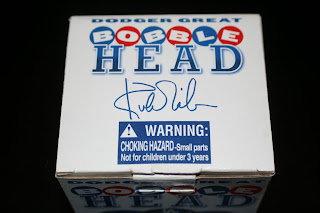 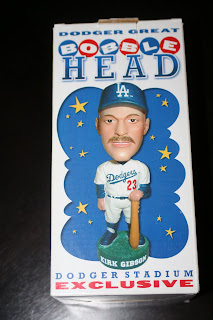 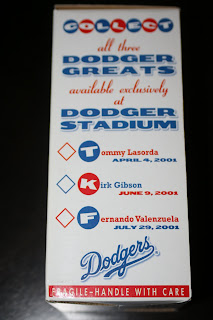 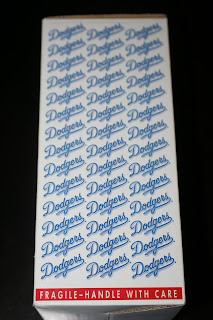 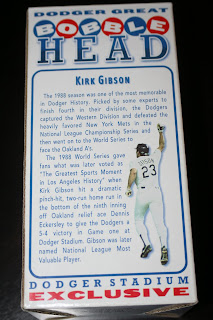 So, this isn't the most creative bobblehead ever made. It really isn't anything special to look at, in fact it's as plain as can be (although I do love the mustache!). But it's my favorite bobblehead of all the Dodger Stadium Givaways. Just looking at Kirk Gibson brings me back to when I was 10 years old, watching him hit the homerun. This bobblehead reminds me of the last time the Dodgers won it all, and those are some of my favorite childhood memories.
Share |
Posted by Dodgerbobble at 6:18 PM