Tonight was the final bobblehead giveaway at Dodger Stadium for 2011. Presented by State Farm, the Dodgers gave away Duke Snider bobbleheads to the first 50,000 fans in attendance. The Dodgers played the Philadelphia Phillies, and lost 2-1.  Cliff Lee was the winning pitcher and Ted Lilly took the loss.

When we arrived at the Stadium, we went straight to Autograph Alley, where Duke Snider's Hall of Fame plaque was on display. Fans were allowed to take picture with the plaque. Just to be in the presence of a Hall of Fame piece was an honor. 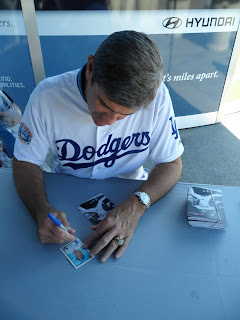 Before we headed up to the Reserve section, we stopped by the signing table, where former Dodger Tim Leary was signing autographs. We got a couple of signatures, then went to get the bobbleheads.

When we got up to our section, we were surprised to see a short line of people. It was a huge drop off from the the last bobblehead giveaway, Fernandomania. It just goes to show how popular Fernando still is in Los Angeles. And you could see it in the stadium too. It wasn't as dead as the Don Mattingly bobblehead night, but it wasn't exactly a full house.

There was a nice presentation before the game. Duke Snider's wife, kids and grandchildren were all honored. His two sons and one of his daughters threw out the ceremonial first pitch to Don Mattingly, Matt Kemp and Andre Ethier, one of his granddaughters sang the national anthem, and there was beautiful tribute to him on the jumbotron. 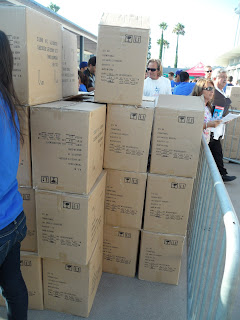 When we left in the sixth inning, there were still bobbleheads at the gates. I was shocked. Personally, I think this is the best bobblehead of the year. Yeah, the Fernando is nice, but it was the third Fernando bobblehead the Dodgers have given away. The Duke being a Hall of Famer, plus the classic look of the bobblehead is what makes this my favorite bobblehead of 2011.

Let's take a look at the Duke of Flatbush: 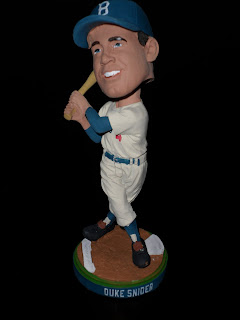 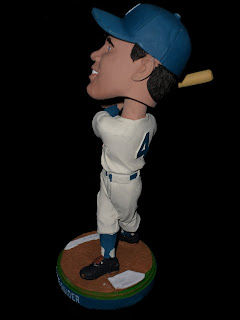 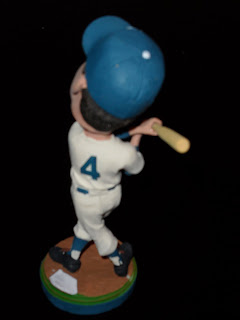 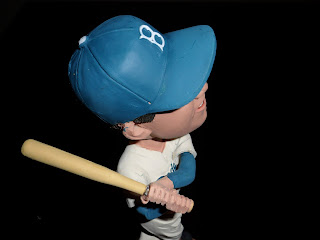 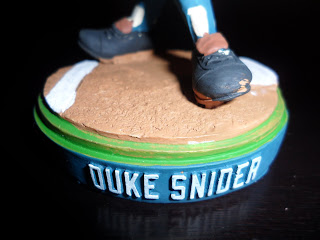 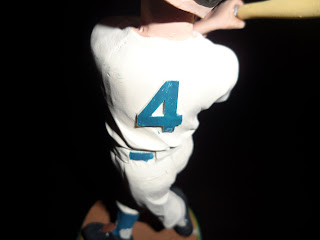 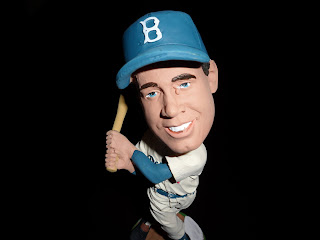 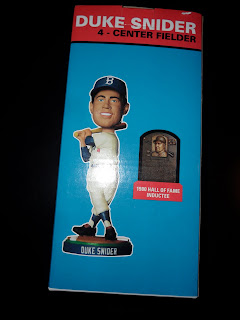 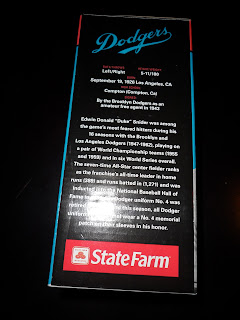 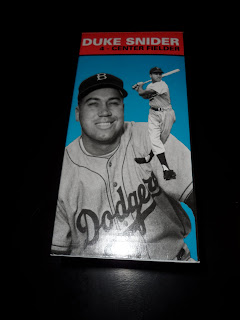 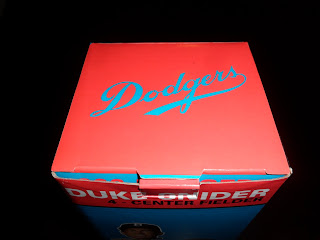 I'm a little sad that this is the last bobblehead of the year, but a bit relieved at the same time. Six bobblehead is a lot for one year. I am looking forward to next season's group of nodders though, and I will give my predictions of 2012's bobbleheads soon. I will also have my 2011 bobblehead review in the next few weeks as well.

Don't forget, dodgerbobble.com will be giving away a Duke Snider bobblehead away on Friday courtesy of Bobbles Galore. You can see the contest rules here.