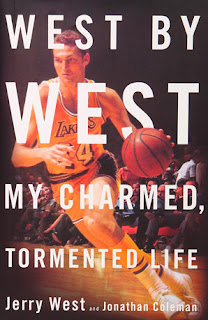 Laker legend Jerry West made an appearance this past Wednesday at the ESPN Zone in Downtown Los Angeles. He was there promoting his new book "West By West: My Charmed, Tormented Life". This appearance was supposed to be part of the NBA's opening day festivities, but sadly the lockout was still in effect.

Mr. West was scheduled to appear from 6-7 pm. He would sign one book and one outside item per person. My buddy Tom and I arrived an hour early. We were about 75 people from the front. After us, only a few more people showed up. I'd say there was about 100 people there.

When 6 o'clock rolled around, we were told Jerry West was running 15 minutes late. Once he did arrive, he went straight to the media and did interviews. He didn't start signing until 7:00. The line moved very slowly.When we got into the signing area, we noticed he was chatting with people and taking pictures.

At around 8:00 we finally got to the table. Mr. Clutch was very nice. I thanked him for everything he's done for Laker Nation. He signed my book and one basketball card. 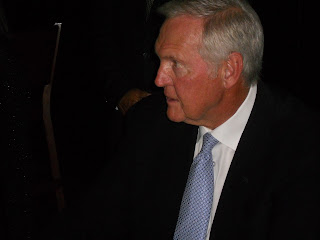 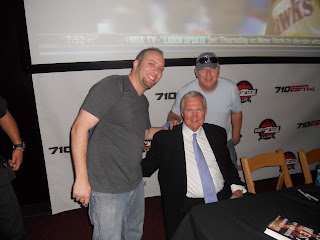 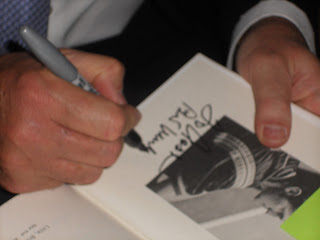 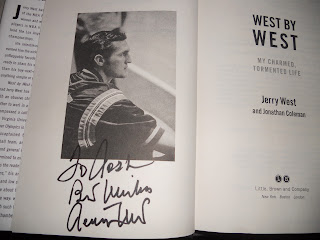 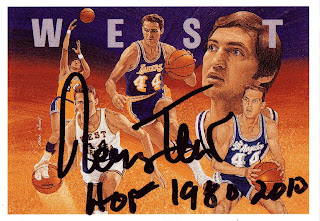 Thanks to Jerry West and the ESPN Zone.