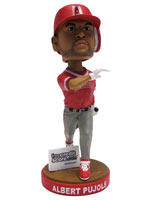 As most Dodger fans patiently await the first images of any of the ten 2012 bobbleheads, the rival Anaheim Angels have done some quick work in the promotional department. They released the first picture of the Albert Pujols bobblehead that will be given away on April 17 when the team takes on the Oakland Athletics. Presented by FreeCreditScore.com, this bobblehead will be given away to all fans in attendance.


From what I can see, there's nothing special here, although I do like the Pujols homerun stare. I can't wait to pick one of these up. It may not be a Dodger, but it's still one of the best players in the game.


I'm assuming the Pujols and Bourjos bobbleheads are the same one the Angels are giving away. The Hernandez bobblehead give away is the second in two years. 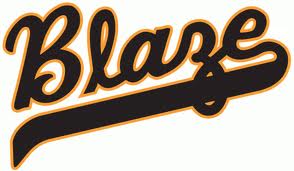 Three former Dodgers. I just might make a trip or three to Bakersfield!