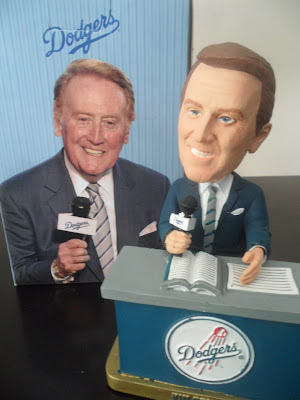 The Dodger bobblehead season finally come to an end last night and they saved the best for last. The one and only Vin Scully gets bobble number ten in the Dodger Stadium Greats bobblehead series. Presented by Farmer John, this bobblehead was given to the first 50,000 fans in attendance.

When I arrived at the stadium, I noticed that the Dodgers opened the parking lots early, which seemed to be a good thing. Many people got to the stadium early, and I think it helped, at least it did on the Loge level, where they opened the gates at 5:20. My wife and I separated, and she said it was chaotic up on the Reserve level. My final destination was the Right Field Pavilion and that line moved very quickly.

Before the game started the Dodgers honored Vin Scully, who was on the field with his grandchildren, with a beautiful video tribute.Then Vinny came to the mound to throw out the ceremonial first pitch to Don Mattingly. When he got to the mound he did a wind up like Sandy Koufax, but he didn't throw the ball. He did however walk the ball to one of his grandchildren who then passed the ball down the line to the next grandchild and so on until it got to Don Mattingly.It was a great moment. Then one of Vin's grandaughters, Mackenzie Luderer, sang the Nation Anthem. As far as the game, the punchless Dodgers lost to the Arizona Diamondbacks 2-0.

I love this bobblehead. I think it might be my new favorite. 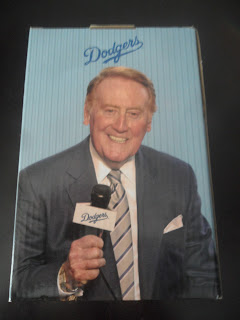 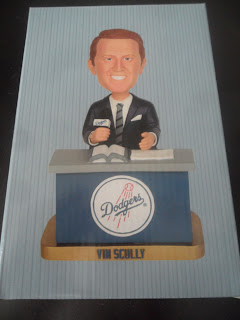 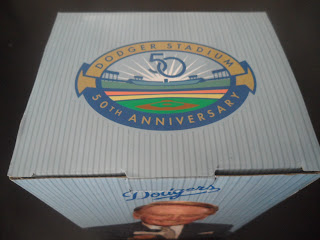 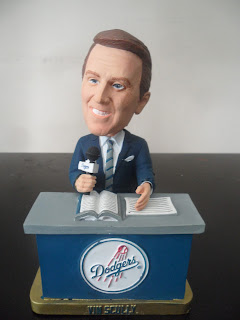 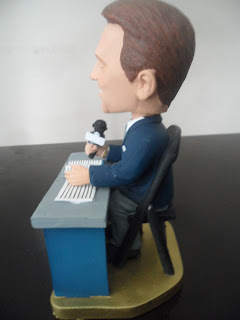 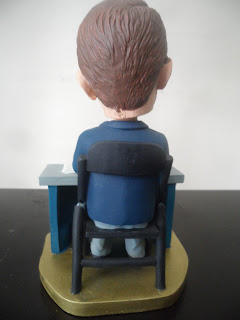 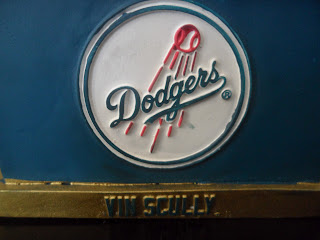 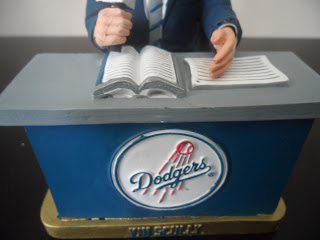 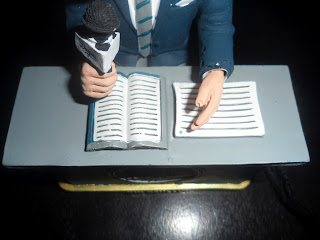 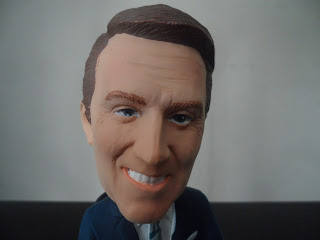 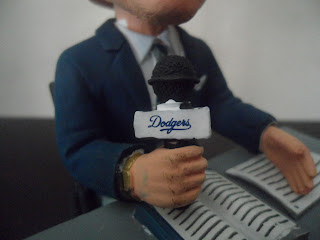 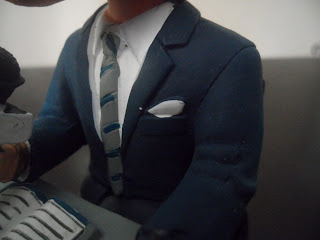 I'm really happy this was the last bobblehead of the year. Getting to the stadium super early and dealing with all the people at Dodger Stadium is a lot of work and very stressful. Doing it ten times was too much. I hope the Dodgers can reduce the bobblehead number next season.
Share |
Posted by Dodgerbobble at 12:09 PM