On Wednesday, August 19, 2009, the Dodgers gave away Matt Kemp bobbleheads to the first 50,000 fans in attendance. Presented by Bank of America, this bobblehead was made by P Squared Promos. This was third of three scheduled bobbleheads that year. Casey Blake(May 20) and Manny Ramirez(July 22) were the other two. A fourth bobblehead was later added to the schedule, the Manny BobbleSlam bobblehead(September 16).

The Dodgers played the St. Louis Cardinals that night and lost 3-2. Clayton Kershaw started for the Dodgers, Adam Wainwright for St. Louis. Wainwright threw a no-hitter through five innings. It was a painful game to watch. Matt Kemp went 0 for 4 on his bobblehead night. 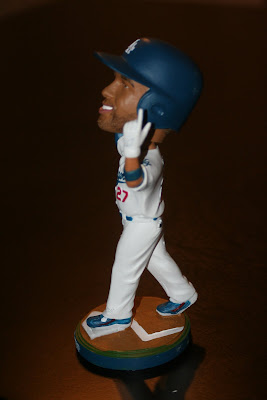 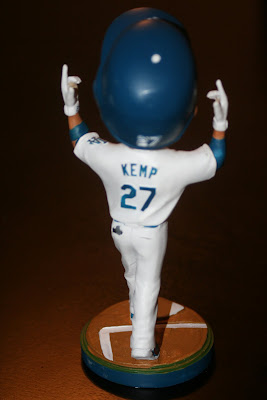 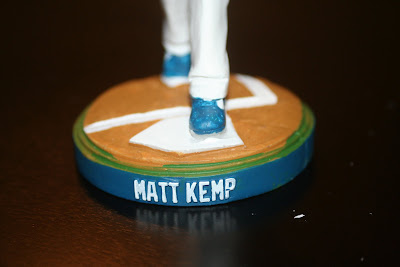 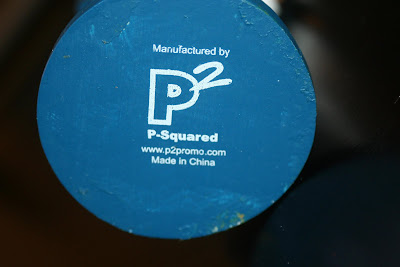 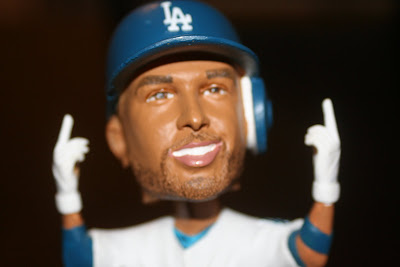 A look at the box: 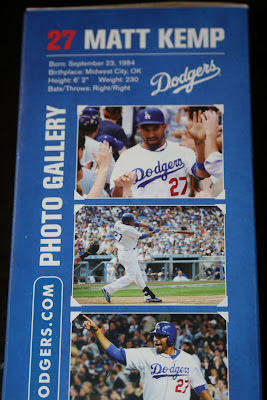 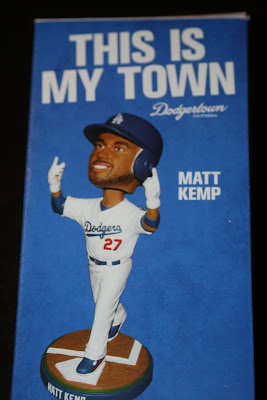 This is one of my favorite bobbleheads. Matt Kemp is my favorite player on the team, so that makes this nodder that much more special. The features are on the money. The skin tone and facial hair are right on. I also like that they designed this with his signature "fingers to the sky", what he does after every homerun.

The Dodgers are giving away another Kemp bobblehead this year on August 17, and there's a chance he could be wearing a gold glove. But we'll have to wait and see.

Here's the video for The Adventures of Lil' Matt: