Tuesday, July 20 is James Loney bobblehead night. Quick reminder to anyone who hasn't purchased their Dodger tickets for next Tuesday's game.

Is the "bobblehead giveaway" night getting a bit stale?  The New York Times takes a look at the promotion, it's sponsors and the future of bobbleheads. 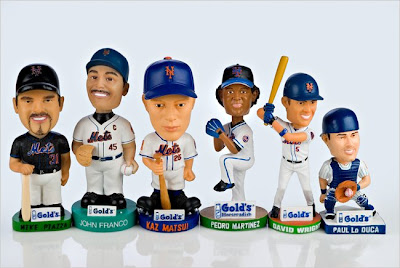 Hunt Auctions is hosting its annual Live Auction & Appraisal Fair at the All-Star FanFest in Anaheim. The Fair started on Friday and will run until bidding begins at the Live Auction on Tuesday. There are many great pieces of baseball history up for bid, including some 1960's bobbleheads. You can see some of them here and here and here. A Honus Wagner T206 Tobacco Card proof strip will be the main attraction at the live auction. The proof strip is the only surviving example of the 1909-11 T-206 Honus Wagner card in the original uncut format which was discovered among some of Honus Wagner's personal belongings in the Wagner family estate. Bids on the Honus Wagner proof strip are expected to exceed $250,000. 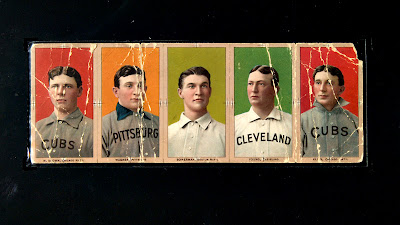 There are a few nice bobbleheads at the auction too. The one that caught my eye was the 1961-62 Mickey Mantle souvenir nodder, which includes the original box and a picture of The Mick holding the bobblehead. This item could fetch $750-$1,200.