Bobblehead of the Day: Fred Mcgriff

Six years ago today Fred McGriff played his last major league game. So, on this anniversary, I thought it would be a good time to take a look at his Dodger Stadium SGA bobblehead.

On September 12th, 2003, the Dodgers gave away Fred "Crime Dog" McGriff bobbleheads to the first 50,000 fans in attendance. This bobblehead was made by Alexander Global Inc.  Although McGriff only spent one season as a Dodger, they decided to honor him with a bobblehead. It was one of three bobbleheads given away that season, the other two were Eric Gagne(5-02) and Brian Jordan(7-01).

The Dodgers played the San Diego Padres that night and won 6-0. Kevin Jarvis started for San Diego and Wilson Alvarez for  Los Angeles, with Alvarez pitching a complete game. Fred McGriff went 0 for 4 on his bobblehead night. 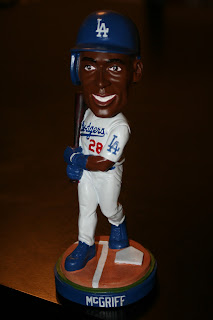 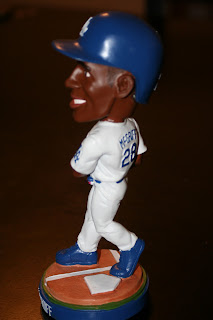 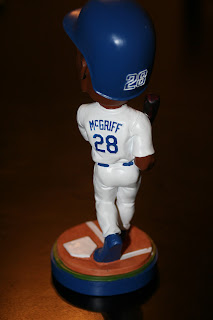 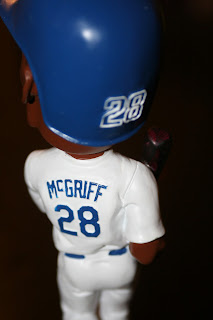 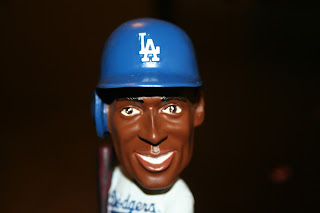 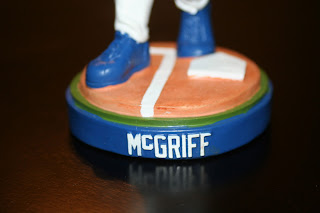 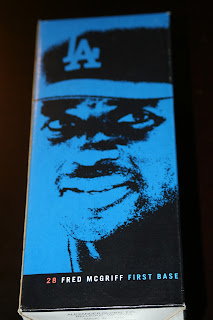 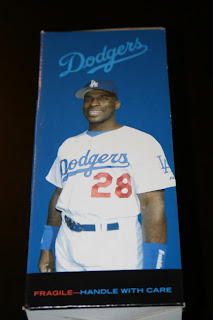 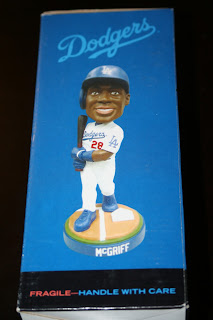 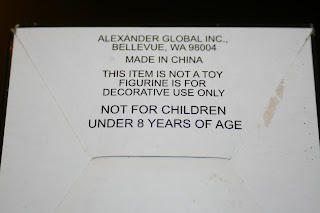 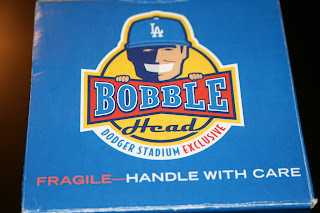 This is one of the strangest looking bobbleheads the Dodgers have given away. It looks somewhat like McGriff, but the eyes and smile are real creepy looking. I'm glad the Dodgers stopped using Alexander Global to make their bobbleheads, they weren't very accurate. Also, I hate the stance at the plate, it's so boring.
Share |
Posted by Dodgerbobble at 11:35 PM