Bobblehead of the Day: Ron Cey

Ron Cey, the 1981 co-World Series MVP, was selected as the first bobblehead giveaway in 2006. Cey, whose nickname was "the Penguin," played third base in what may be the greatest group of infielders ever. Cey, along with Steve Garvey at first base, Davey Lopes at second, and Bill Russell at shortstop spent more than 8 1/2 seasons together.

On June 2, 2006, the Dodgers gave away Ron Cey bobbleheads to the first 50,000 fans in attendance. Presented by Las Palmas, this bobblehead was made by P Squared Promos.  This was the first of three bobbleheads given away in 2006, the other two were Fernando Valenzuela(June 23) and Steve Garvey(July 28).

The Dodgers played the Philadelphia Phillies that night and lost 8-6. Jae Weong Seo was the Dodgers starter, Ryan Madson started for Philly. Geoff Geary was the winning pitcher. Danny Baez blew the save and took the loss for the Dodgers.

Lets take a look at the Penguin: 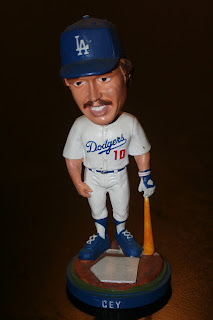 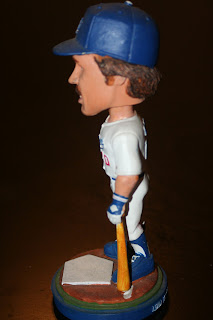 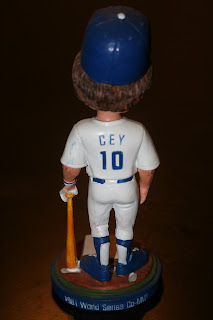 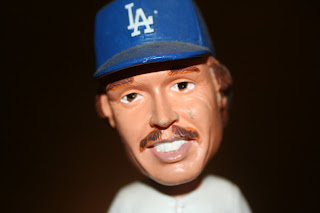 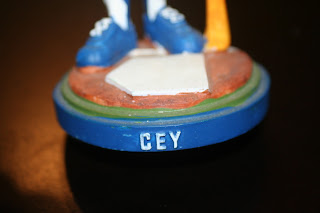 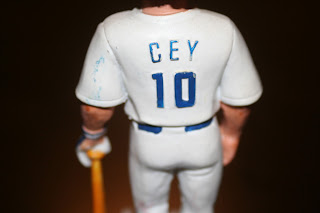 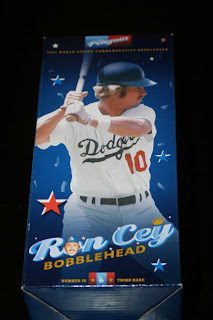 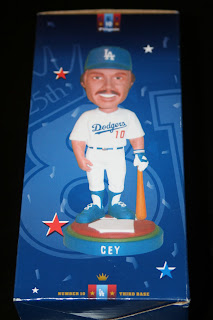 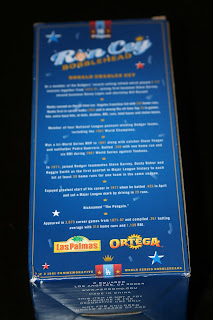 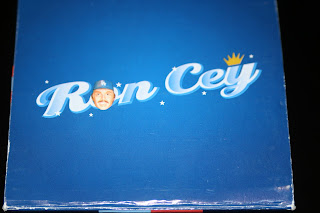 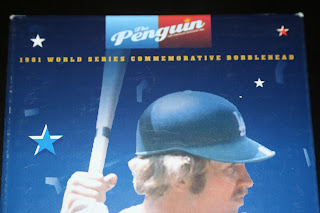 Once again, we have the very bland ballplayer leaning on a bat at home plate. It's very boring. The thing I do like is that this looks like Ron Cey. They got all of his features down, including the mustache. I wonder why they didn't give away Lopes or Russell, I would love to have bobbleheads of all four infielders. Next year is the 30th anniversary of the Dodger's 1981 World Series Championship, maybe they'll give them then.
Share |
Posted by Dodgerbobble at 12:10 AM