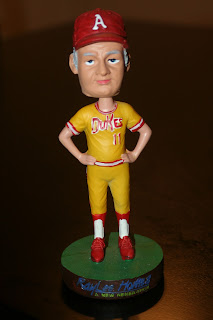 I recently made a bobblehead trade with Ryan over at The Great Orioles Autograph Project, sending him an Angels Vladimir Guerrero for a Cal Ripken. Today I completed another trade.

This past Saturday, the Albuquerque Isotopes, AAA affiliate of the Dodgers, gave away Tommy Lasorda bobbleheads to the first 3,000 fans in attendance. The bobblehead depicts Tommy in his 1972 Albuquerque Dukes manager's uniform. I've wanted this bobble since the Isotopes announced they were giving it away.

It's a good thing I know a huge Isotopes fan. Evan, from New Mexico Fan, offered to trade one of his Tommy bobbleheads to me. How could I say no? Of course, I had to give up something of value. After listing some of my extra bobbleheads, Evan chose the 2009 Matt Kemp Dodger Stadium giveaway. Kemp is my favorite player, so it was tough to give up, but I know I had to in order to get Tommy.

It's a very nice bobblehead. Let's take a look: 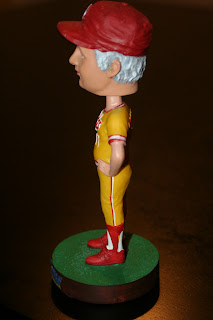 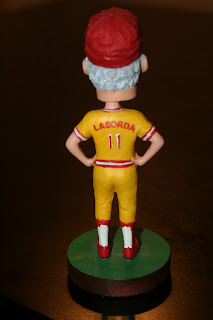 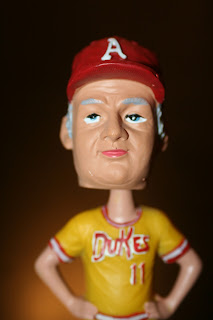 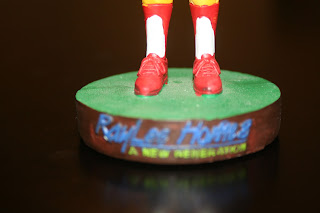 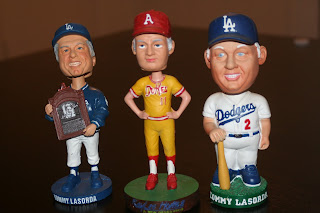 What I sent Evan: 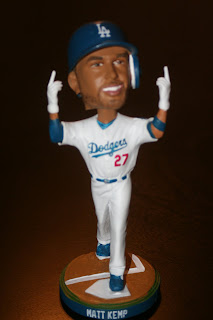 I want to thank Evan for making the trade. You can check out Evan's blog, New Mexico Fan here. If anyone is interested in making a trade, you can contact me at dodgerbobble@yahoo.com.
Share |
Posted by Dodgerbobble at 10:51 PM