Bobblehead of the Day: Luc Robitaille 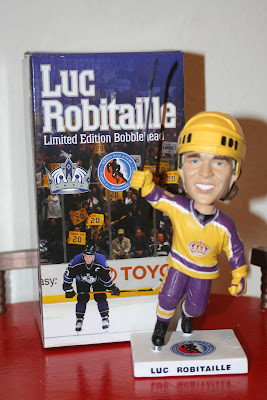 Not all of my bobbleheads are Dodgers, or even baseball players for that matter. I've got a lot of non-Dodger nodders in the collection as well. Back in April, as the Lakers were about to start their championship run against the Oklahoma City Thunder, I posted my Chick Hearn bobblehead. On Wednesday, the Kings announced their national TV schedule, so it got me thinking about my ONE Kings bobblehead, former Los Angeles Kings Left Winger, Luc Robitaille.

On December 5, 2009, the Kings honored Luc Robitaille for his induction into the Hall of Fame before the  game during an on-ice ceremony and throughout the game. The Kings also honored Robitaille with a special Hockey Hall of Fame bobblehead. Presented by San Manuel Indian Bingo & Casino, this bobblehead was  made by Globe Promotions and was given away to all fans in attendance. It was also the first time the Kings had ever given away a bobblehead. It has a removable hockey stick and features Robitaille in the old school purple and gold uniform he wore as a rookie. It also has the Hockey Hall of Fame seal on the stand. 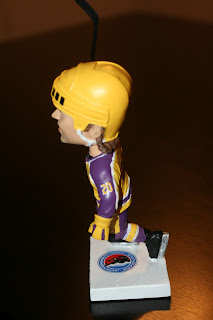 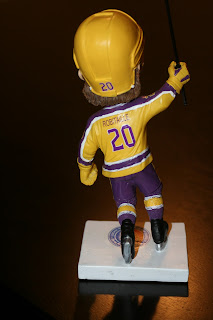 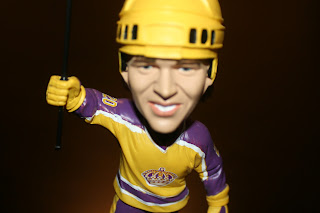 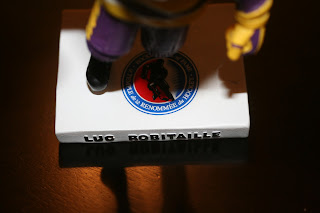 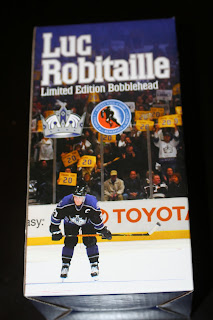 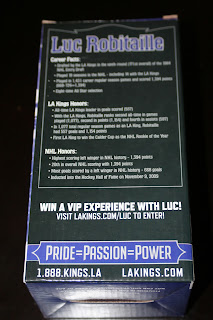 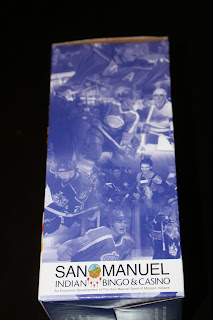 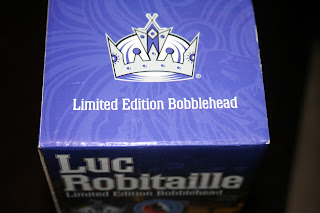 It's my only hockey bobblehead, but not my last. I am searching for a Wayne Gretzky to add to the collection. Luc is one of my favorite hockey players of all time. I also have his autograph and hundreds of his hockey cards, but I'll post those at another time.
Share |
Posted by Dodgerbobble at 10:20 PM