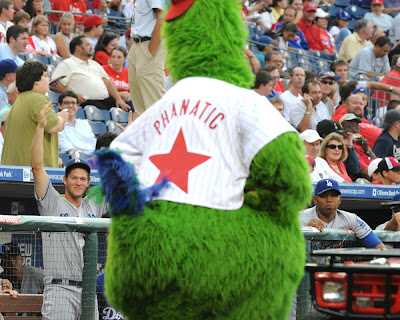 Picture via @DodgertownUSA
Hopefully Clayton Kershaw will have a better performance today than he did in his last start, in which he gave up TWO three-run homeruns to the Nationals' Adam Dunn. His career ERA against the Phillies is 6.64.

After getting shut down by Roy Oswalt last night, the boys in blue need to take advantage of Joe Blanton today before heading to Atlanta to face Tim Hudson and the Braves. Blanton is coming off his best start of the season, going seven innings and giving up only two runs to the Mets.

The offense needs a wake up call though. Maybe Joe Torre can get his head out of his ass and get Matt Kemp back in the starting line-up?
Share |
Posted by Dodgerbobble at 7:08 AM