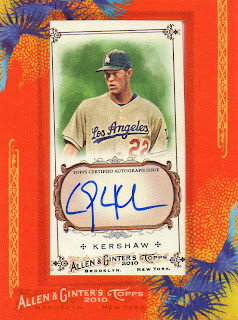 Clayton Kershaw had another great night on the mound. The Dodgers' ace went 8 innings tonight, giving up ONE run on four hits. He struck out nine D-Backs and walked none. Nowadays, the only way I can watch a Dodger game is when Kersh or Billingsley are starting. I can't get enough of these kids. In my opinion, two "Aces".

Which brings me to my latest ebay purchase. Last week I picked up three Kershaw's, including a 2010 Allen & Ginter auto card. After a few attempts at this card over the last few weeks, I finally got one. The auction also included a 2009 Bowman and a 2010 Topps 206 Kershaw, two cards I didn't have. 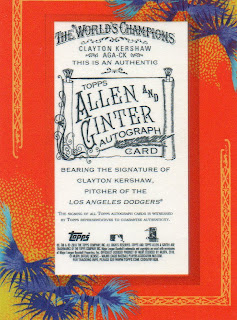 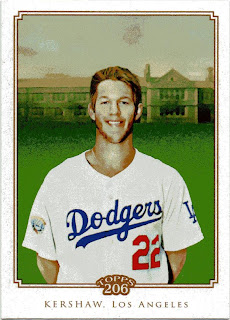 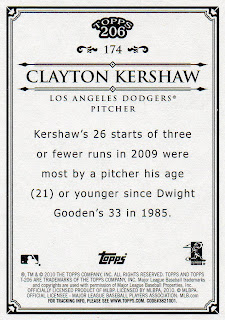 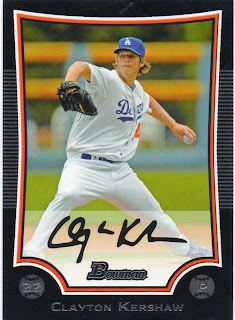 I'm happy I finally got the A&G auto. This is my second Kershaw autograph. The first one I got at an appearance last year. But that's a story for another day. 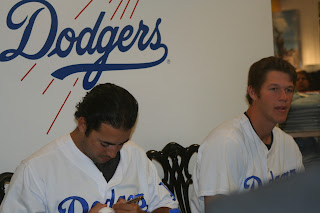