Bobblehead Of The Day: Takashi Saito

It's been a while since I posted a "Bobblehead of the Day". I need to spread the Dodger Stadium SGA's out a little, or I'll be out of them real soon.

Up next is Takashi Saito. "Sammy" was a big surprise for Dodger fans in 2006. After reliever Yhency Brazoban was sidelined with Tommy John Surgery, and closer Eric Gagné went out with a back injury, Saito took over the closing role and instantly became one of baseball's best closers, ending the season with 24 saves, a 2.07 era, and striking out 107 batters. Those 24 saves broke a Dodger rookie record set by Brazoban a year earlier with 21.

In 2007, Saito became just the fourth Dodger to record 30+ saves in a season, ending the year with 39 total. He was also named to the National League All-Star team, pitching a scoreless inning in the Mid-Summer Classic.

Saito was a definitely a fan favorite here in LA. He was also very surprised when he found out he was recieving a bobblehead (which apparently they don't have in Japan?). Saito, on his bobblehead:


"I'm really surprised. When I first came here three years ago, I never dreamed of them making a bobblehead for myself. Everybody tells me it's a big time thing, so I'm very excited by that."

You can read the rest of Saito's bio here.

On Thursday, June 5, 2008, the Dodgers gave away Takashi Saito bobbleheads to the first 50,000 fans in attendance. Presented by CreditReport.com, the bobblehead was made by P Squared Promos. This was the second of four bobbleheads given away in 2008. The other three were Joe Torre(April 25), Brad Penny(July 25), and Joe Beimel(August 12).

The Dodgers played the Chicago Cubs that night, losing 5-4. Chad Billingsley started for the Dodgers, Ryan Dempster for Chicago. Bob Howry, who was credited with a blown save, also won the game, Takashi Saito took the loss on his bobblehead night, giving up the winning run in the ninth inning.

Let's take a look at Sammy: 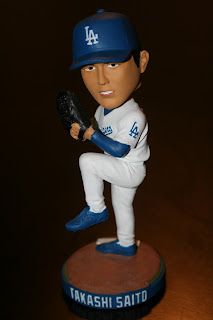 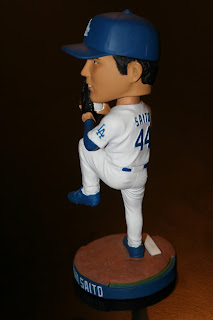 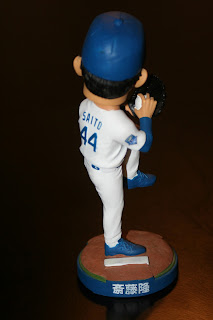 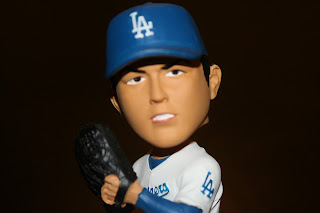 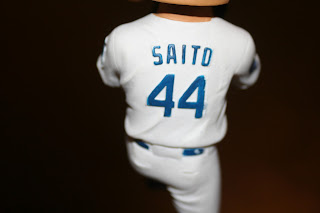 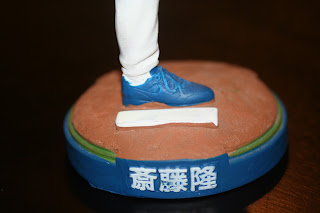 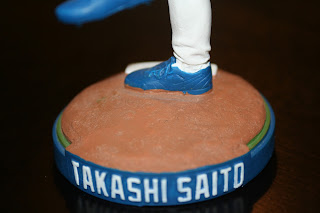 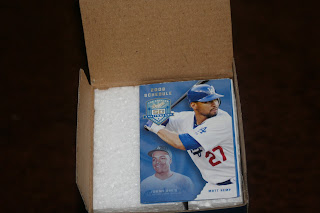 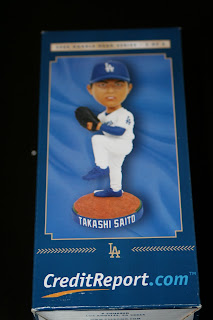 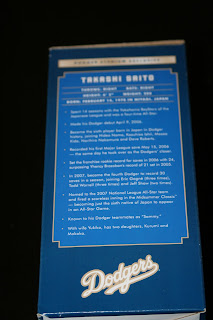 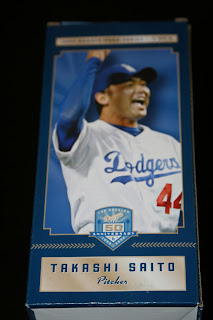 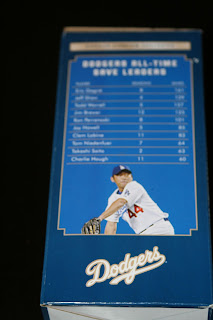 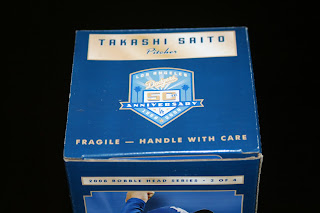 I like the look of this bobblehead. The stance is good and the features are OK. Takashi Saito was one of my favorite Dodgers. We were spoiled with Eric Gagne closing, and that continued with Saito. Jonathan Broxton has been disappinting in 2010, but I know we'll feel the same with the Ox too.
Share |
Posted by Dodgerbobble at 9:16 AM